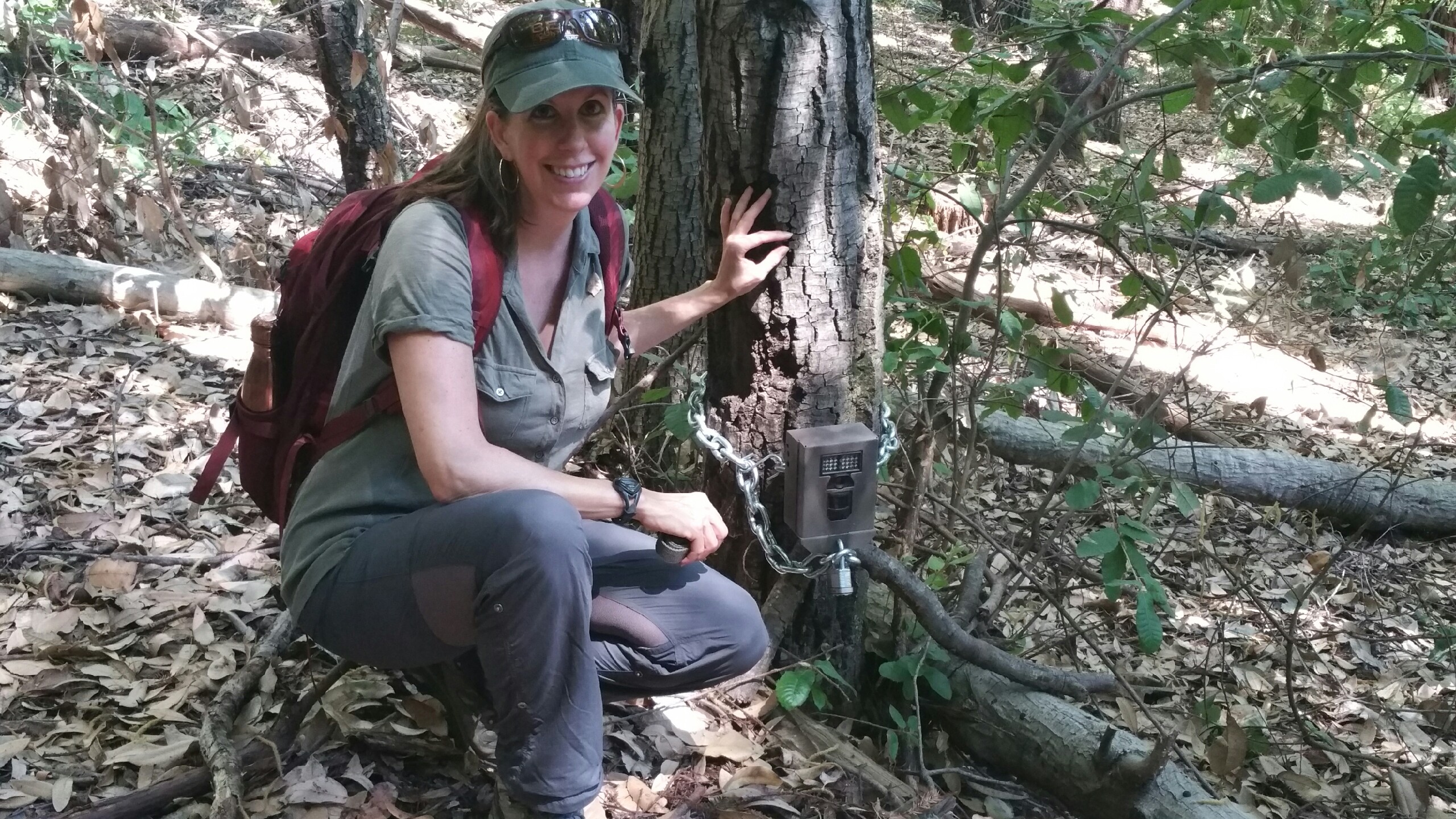 Community Connections highlights the many leaders, partners, and neighbors who make a difference in our community. This month we are featuring Tanya Diamond, wildlife ecologist and co-principal of Pathways for Wildlife, a research firm that specializes in identifying, monitoring, and implementing connectivity designs for wildlife movement within our communities.

Did you see the video of a coyote and badger playing that went viral last month? It spread around social media and was picked up by outlets including CNN, National Geographic, and Late Night with Steven Colbert. (If you missed it, check it out. Or watch it again - it’s worth it!)

What many Bay Area viewers might have missed is the fact that this endearing video was captured right here in the Santa Cruz Mountains by local wildlife ecologist, Tanya Diamond, and her partners working on behalf of Peninsula Open Space Trust (POST).

For nearly a decade, Diamond has been traveling along roads, freeways, fields, and through culverts and drainage infrastructure to set up cameras and record wildlife activity on the edge of our urban communities. Her research firm, Pathways for Wildlife, studies wildlife movement to help public agencies and landowners come up with ways to help animals move safely through our environment and reduce the number of wildlife killed in vehicle collisions. Solutions range from relatively simple fixes like removing fencing that divides key pathways, to more ambitious projects like building passages over or under freeways. 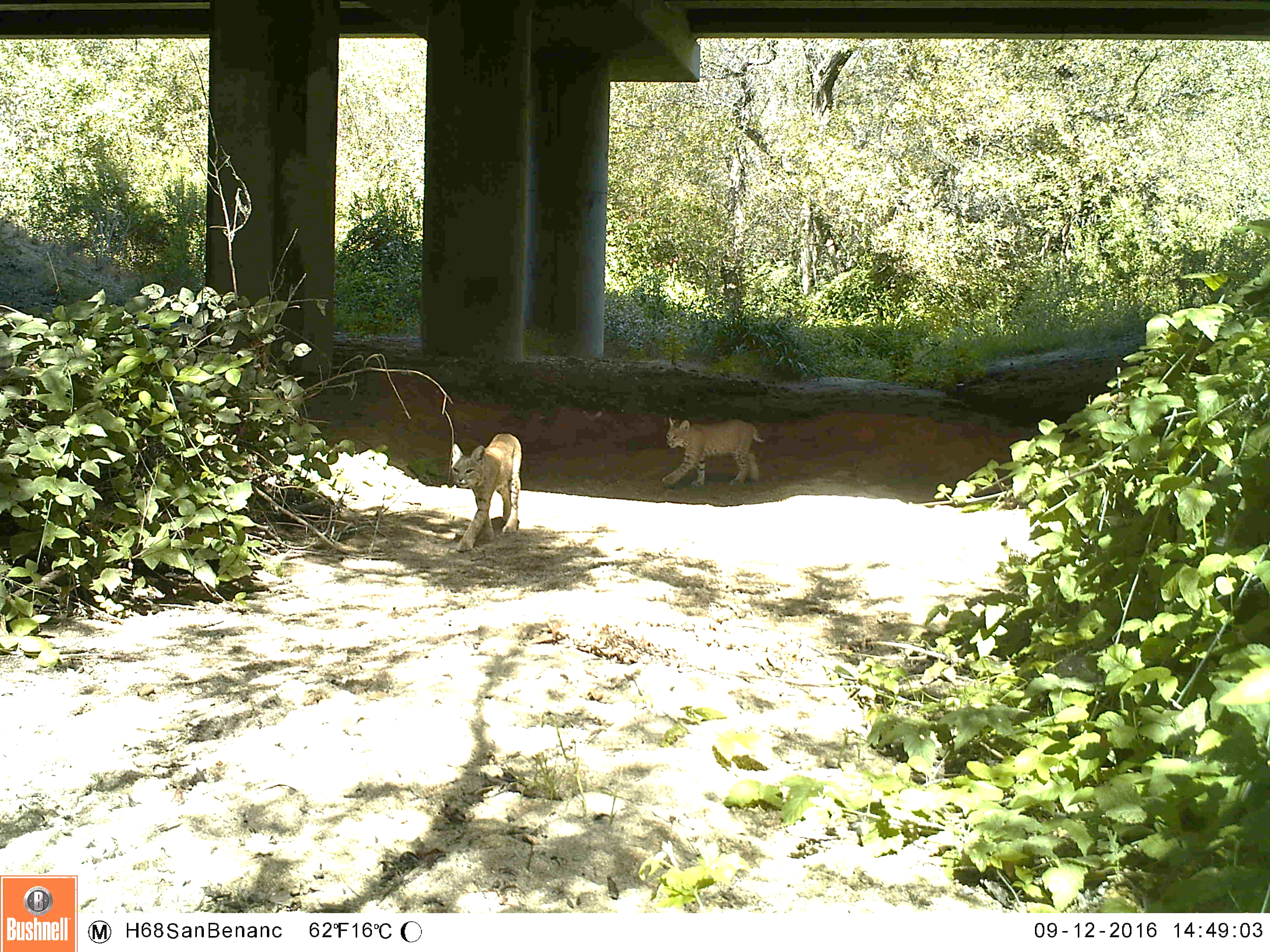 Diamond’s interest in this work came from something we see all too frequently - roadkill. As an undergraduate student at U.C. Santa Cruz, she commuted from Silicon Valley. “I was driving back and forth over Highway 17 and saw a tremendous number of animals along the side of the road,” and witnessed a particularly distressing mountain lion strike in 2011. In a conservation biology class, she had learned about “wildlife corridors,” the typical paths and patterns wildlife use to find food, water, and mate (the preferred term is now “wildlife linkages,” which accounts for the often non-linear nature of these pathways). To maintain a healthy genetic composition, wildlife need to be able to move widely between various environments and meet and breed with individuals from other places.

Diamond learned that by understanding these pathways and incorporating them into development and transportation plans, decision-makers can reduce the number of animals killed by cars and promote healthier populations. She learned to use cameras to track how wildlife moved through vineyards while interning in the Sonoma Valley and then used those same techniques in Santa Clara County as she studied badgers in the Coyote Valley for her Master’s research. 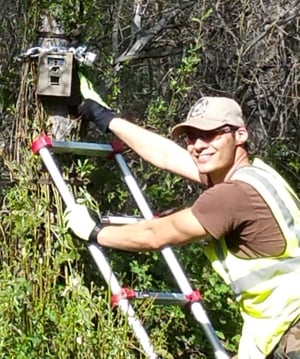 Since 2011, Diamond and her research partner and co-principal, Ahiga Snyder, have worked with agencies from Sonoma County down to Big Sur to collect data on wildlife, including photos and video that document their movement. They’ve partnered with the Open Space Authority on several projects looking at wildlife movement in Coyote Valley. Their research has informed the Authority’s cornerstone Coyote Valley Landscape Linkage report (2017), a recent study of how bobcats move through Coyote Valley (2019), and recommendations to reduce wildlife-vehicle collisions on Monterey Road (2019).

This work has now come full circle - after originally being inspired to help wildlife navigate Highway 17, Pathways’ work on the Highway 17 Wildlife Connectivity Improvement Study, funded by the Land Trust of Santa Cruz County, Midpeninsula Regional Open Space District, and POST, has informed two new wildlife crossings currently being planned by Caltrans. Both are scheduled to open within the next two to three years. 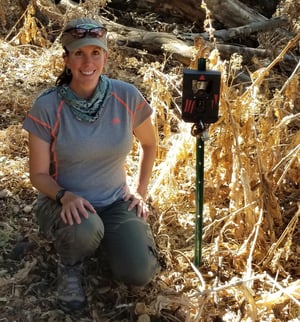 “As wildlife will soon be able to safely cross this major barrier dividing the Santa Cruz Mountains, the next step will be getting them across Coyote Valley.”

For these next steps, Diamond commends the ongoing efforts to save Coyote Valley, including the recent landmark protection of 937 acres in North Coyote Valley.

“Coyote Valley has always been one of my number one conservation interests and this (new protection effort) will be a flagship. This year the Open Space Authority and POST taught me that nothing is impossible.”