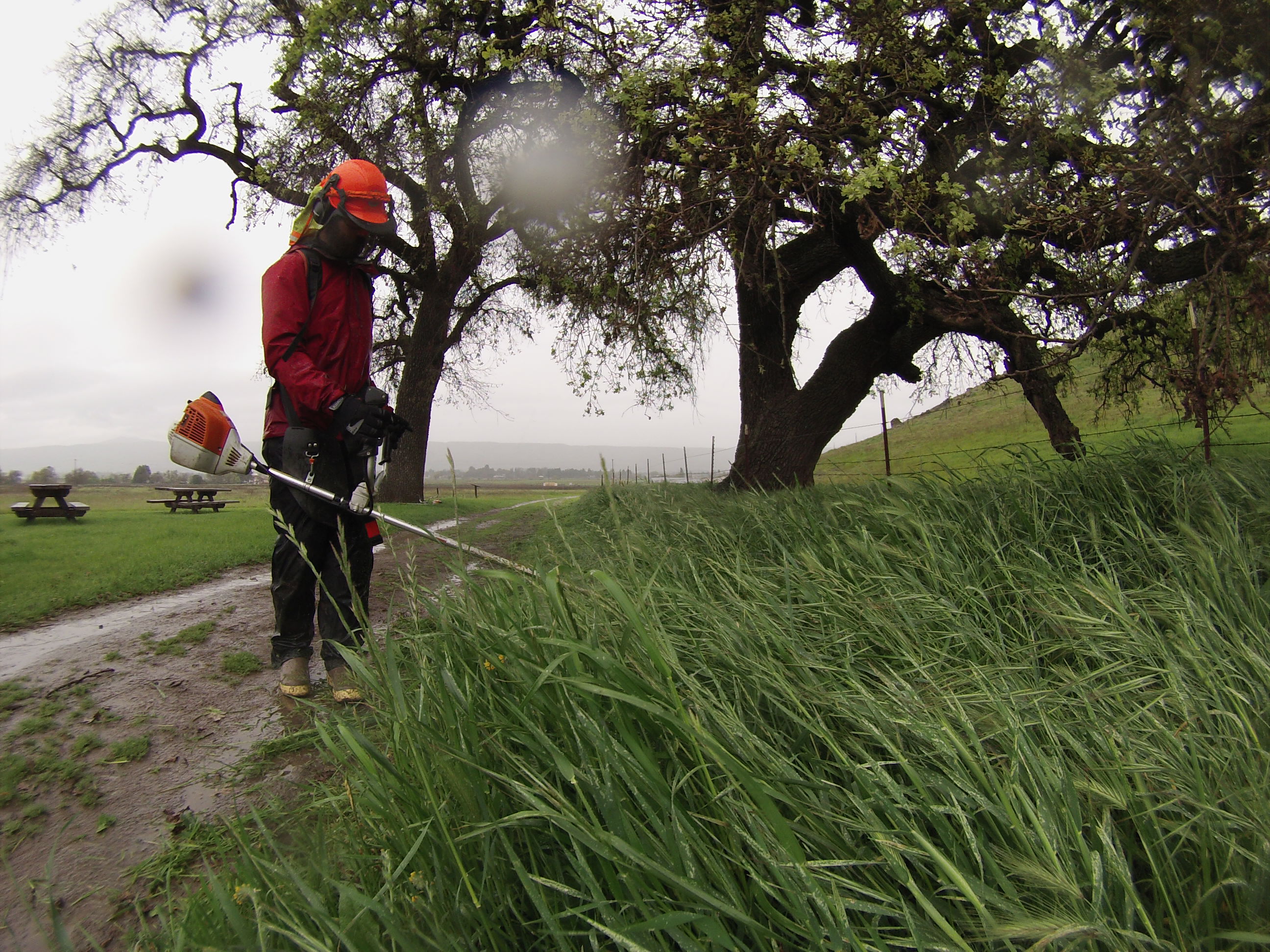 Here in the Santa Clara Valley, invasive species cause several problems in our wild landscapes. They out-compete native plants and animals for water, resources, light, or space, and consequently cause a loss of biodiversity. Especially “thirsty” invasive plant species, can use our precious water resources and burn easily, increasing the risk of wildfires. Some invasive plant species can also be a problem for preserve visitors, prickly plants like thistles are unpleasant for hikers, and plants with sprawling growth can crowd out views.

Part of the work Authority land managers do is to identify threats and work to limit their spread, like removing invasive plants. This type of work is labor-intensive so the Authority works to prioritize removal based on what species it is, where it is located, and how likely it is to spread. Invasives that spread quickly or those that are spotted in sensitive habitats, like wetlands and creek areas, are a high priority. Species spotted along roads and trails are targeted for removal because those locations make them much more likely to be transmitted.

The Open Space Authority has recently ramped up efforts to track and share info about the invasive species found on local managed lands. Field staff use the nonprofit organization Calflora's mobile app, via tablet computers, to map and track invasive species on our preserves. This app allows everyone on the team to update the news on where invasive species have been found on a daily basis, to discuss and plan for removal efforts. It also lets the agency share the information with other regional land managers and members of the public.

“While we’ve been using this app since 2015, this year we’re streamlining our processes and making tracking this data a higher priority,” Resource Management Specialist, Galli Basson. “We want to be more efficient with our resources, we expect to spend same amount of time treating the land, but I hope that we can do a lot more with existing resources.”