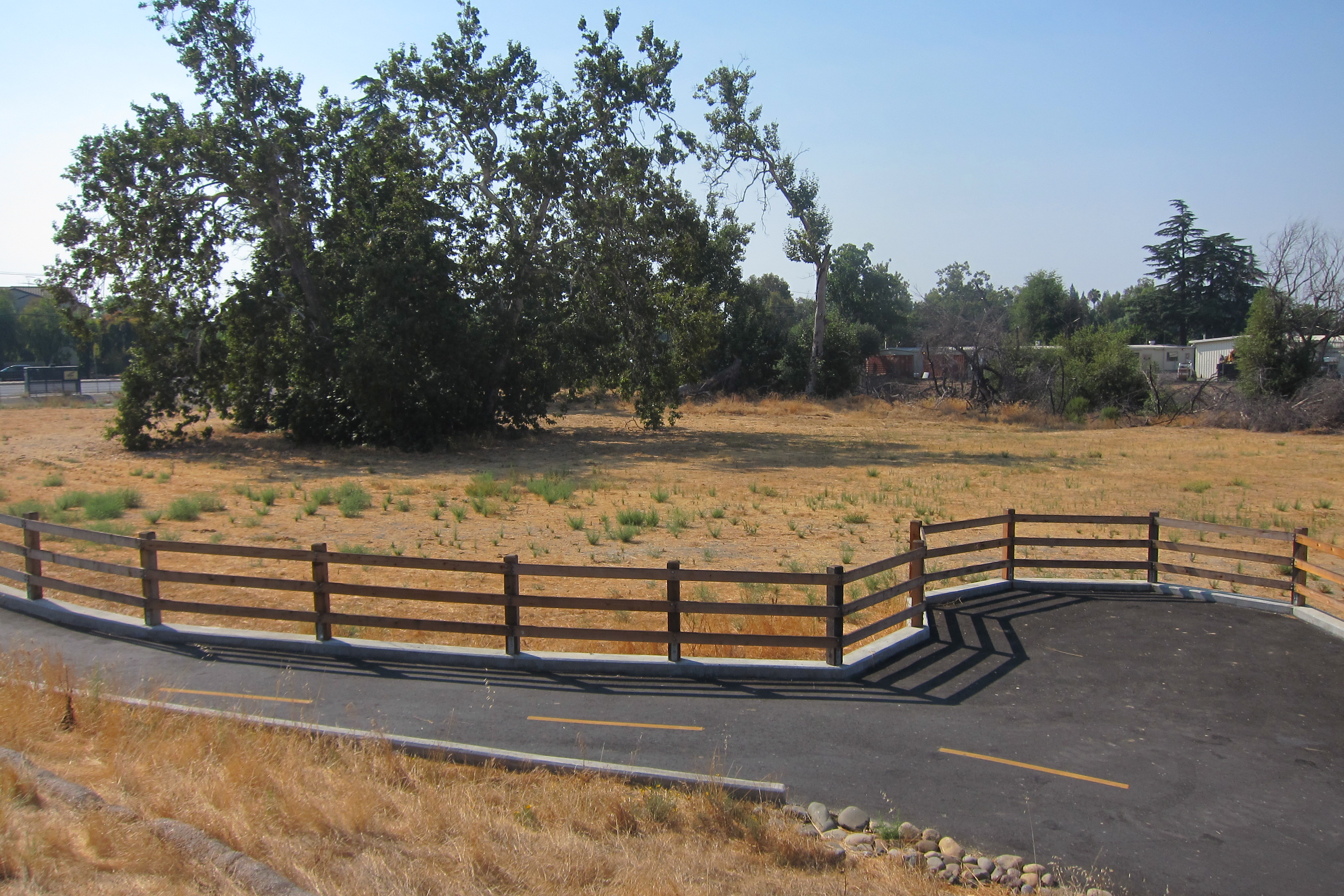 While the Open Space Authority always works to protect and promote open space, one program is letting the agency do this while helping the City of San Jose address its growing housing crisis.

Last March, the Authority awarded a $300,000 grant to the City of San Jose to help them transfer an undeveloped 1.42 acre parcel owned by the Housing Department to the Parks, Recreation, and Neighborhood Services department to be used for new park space. This grant was funded by the Authority’s 20% Funding Program, which helps participating cities and Santa Clara County create parks and open space within their own jurisdictions.

The site, known as Sycamore Terrace, 15520 Almaden Expressway, was originally intended to be used for low and moderate income housing. However over time, as the site became less ideal for housing due to its proximity to Guadalupe Creek and other factors, Councilmember Johnny Khamis and staff at San Jose’s Department of Parks, Recreation and Neighborhood Services explored whether the property would be better suited for use as a park, and this was ultimately the direction chosen. The grant allowed the City to transfer the property’s full appraised value of $1,237,000 to the Housing Department’s Low and Moderate Income Housing Asset Fund (LMIHAF), to put toward much-needed housing elsewhere.

This property located between Guadalupe Creek and Almaden Lake is a prime location for both expanded recreation and habitat restoration. It’s accessible from Almaden Lake Regional Park’s parking lot via the new Coleman Road underpass, and adjacent to both the Guadalupe River Trail and the Lake Almaden Trail. The City has not yet designed the future park, but states that it will be consistent with the Authority’s definition of outdoor recreation and environmentally compatible development, and they will preserve the site’s native California Sycamore trees. The City’s potential project plans include a picnic area near the Sycamore trees and adding educational signage about floodplains and riparian habitat along the adjacent Guadalupe River Trail. In addition, the Authority was granted a conservation easement, ensuring the property remains protected as open space forever.

“We are thrilled to be able to help the City expand park space and provide access to nature, while helping the City of San Jose address other high priority community issues,” said Megan Dreger, Grants Administrator for the Open Space Authority.

The grant was recommended in September 2018 by the Authority’s Citizens’ Advisory Committee (CAC), approved by the Board in May, and the transfer was completed on December 6, 2019.