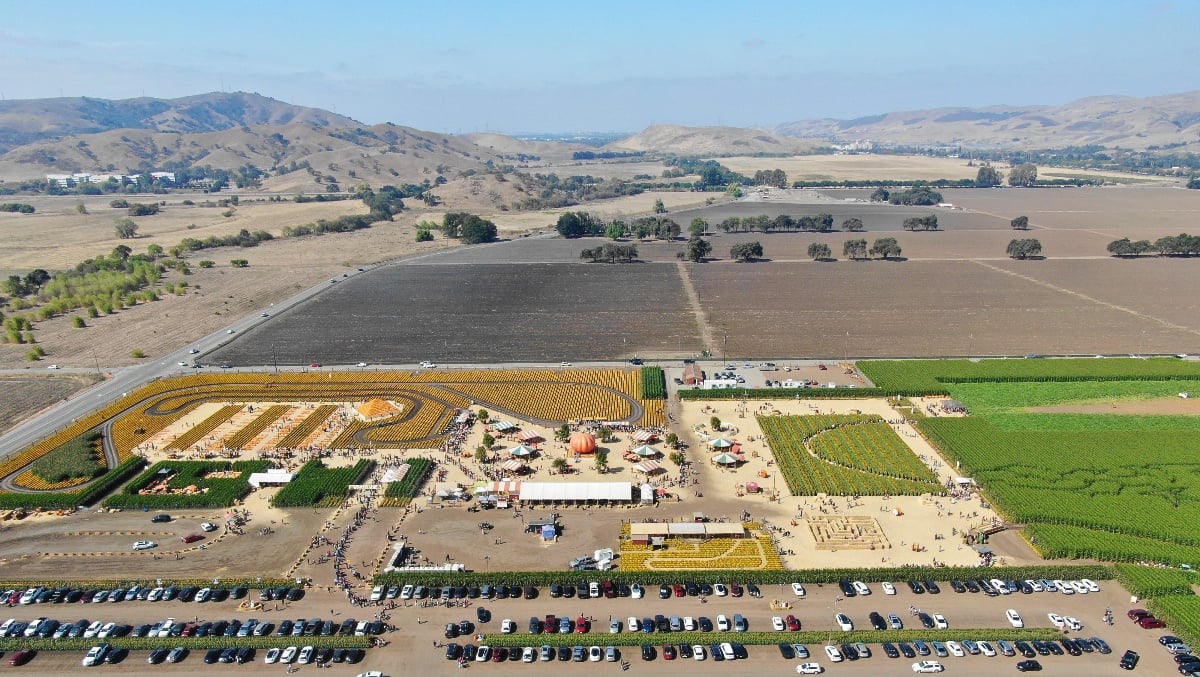 The property became known as “Laguna 60.” 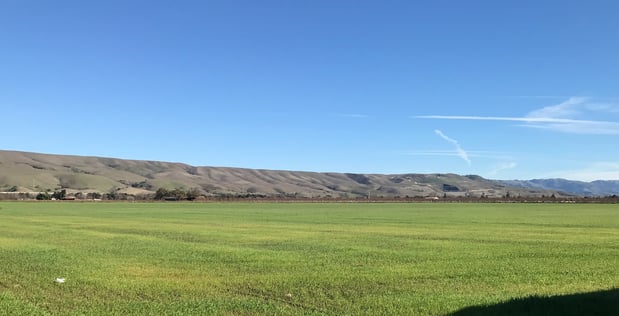 Laguna 60, sixty acres of prime farmland in Mid Coyote Valley, was protected by the Open Space Authority and partners in late 2021.

When Spina Farms Pumpkin Patch approached the Open Space Authority after losing their previous location, the agency embraced the opportunity to keep the pumpkin patch in Coyote Valley to help connect residents and youth to nature and agricultural education.

In June of 2022, the Open Space Authority entered a three-year lease with Spina Farms to reopen their popular family-friendly autumn destination at Laguna 60.

After months of planting and preparing the land, Spina Farms Pumpkin Patch opened at Laguna 60 from September through early November, offering a variety of family-friendly activities for anyone looking for fall fun in the South Bay. 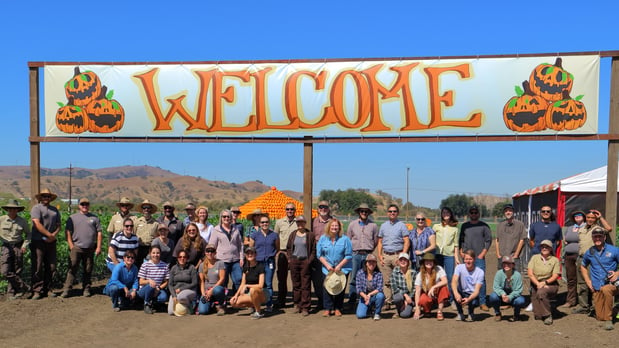 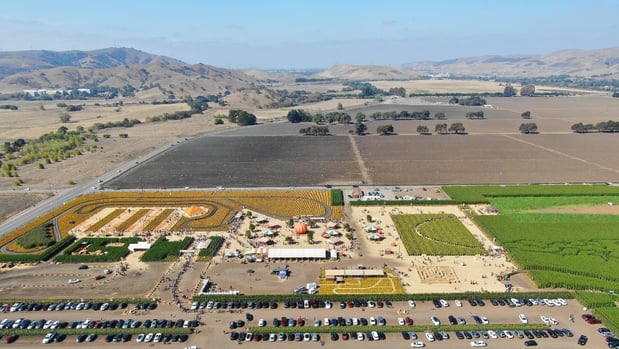 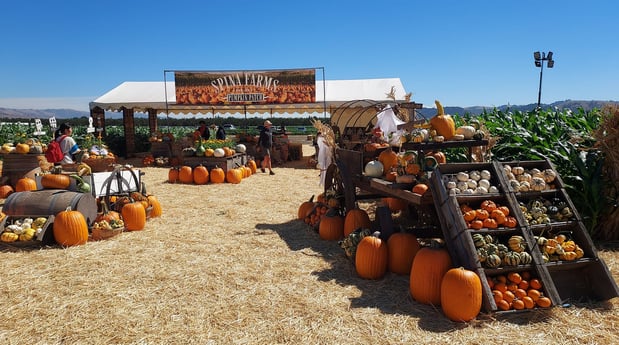 In October, the San Francisco 49ers football team visited the patch with several organizations that serve children and youth with developmental disabilities: Best Buddies, Special Olympics, Football Camp for the Stars, and the Stanford Autism Research Program. Spina Farms hosted the party and donated the food, staff time, and activities for this special event. 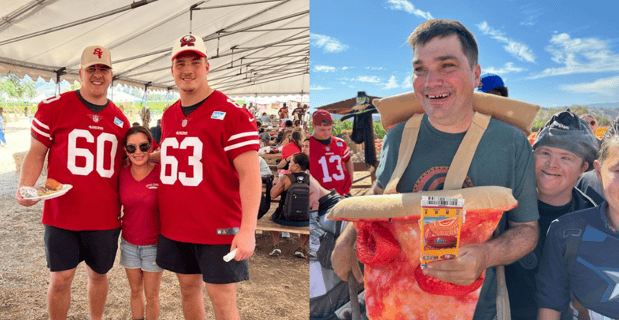 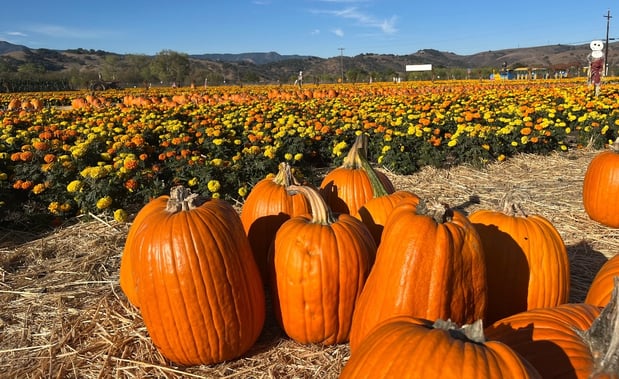 Since the 1940s, Spina Farms has provided a popular and affordable place for families to have fun and connect with each other and the land. 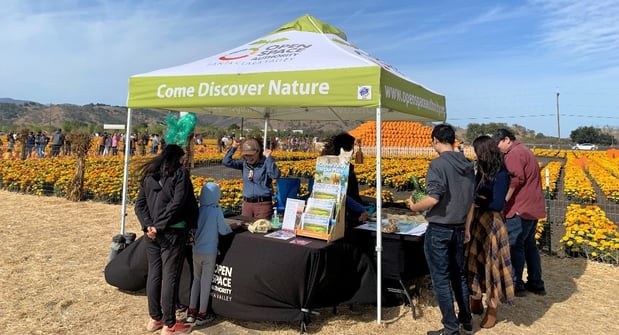 The Open Space Authority's outreach booth at Spina Farms gave visitors the chance to connect with staff and volunteers and learn more about open space.

“The Open Space Authority is dedicated to preserving open space and to keeping working landscapes working. We’re proud to support the families who have farmed and invested in Coyote Valley for many generations.”

Since the 1940s, Spina Farms has provided a popular and affordable place for families to have fun and connect with each other and the land. Throughout the fall, the patch provided many children and teachers opportunities for in-person agricultural and environmental education.

Connecting with nature and local farming allows us to better appreciate where our food comes from.

“These experiences could spark a life-long interest in agriculture, and it’s important for people to learn about the many benefits local farmers and farmlands provide,” says Gary Tognetti, Partner, Spina Farms Pumpkin Patch. “What better way for families to connect with nature, learn about agriculture, and see where our food comes from?” 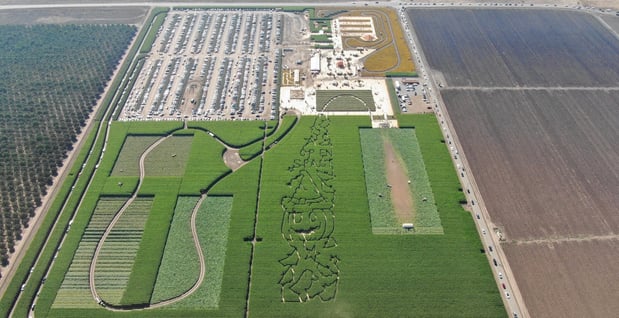 Purchasing, protecting, and restoring working farms and ranches like Laguna 60 and Spina Farms is all part of the Authority’s work to support the County’s Santa Clara Valley Agricultural Plan and help combat climate change. The Agricultural Plan serves as a roadmap to protect the multiple benefits that farmlands and working lands provide, including groundwater recharge, flood management, food production, climate mitigation, biodiversity protection, and much more.

For more information about the Open Space Authority’s ongoing efforts to protect and restore the Coyote Valley for water, wildlife, agriculture, and people, visit www.openspaceauthority.org/cvcamp.