Mountain Lions: It's Not Easy being King 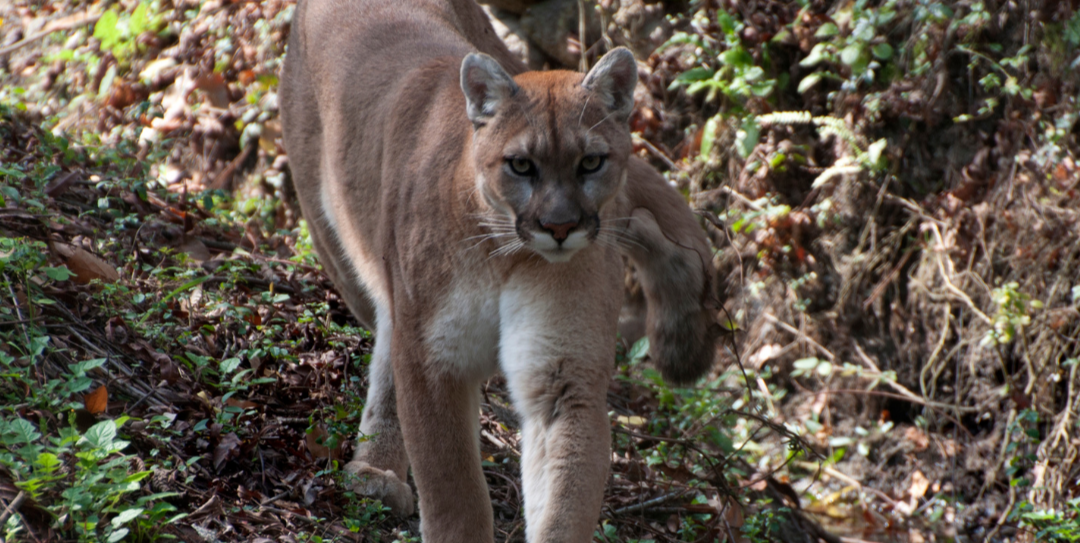 It's almost the end of cubbing season for mountain lions, meaning these mothers are raising their young and getting them ready to survive in the wild. While cubs learn a lot about how to survive from their mother and the first couple years of their lives, it won’t be an easy feat living outside of their dens. Though mountain lions are apex predators, being at the top of the food chain still has its challenges.

Mountain lions (also known as the cougar, puma, panther, or catamount) serve a very important purpose in their ecosystems, acting as regulators, of sorts. As “obligate carnivores,” mountain lions only eat other animals. Their primary food sources consist of deer or small mammals (other than rodents – they don’t spend too much time on those), and they typically target those that are weak or sick. By doing so, they remove weak animals from the environment, and in turn, strengthen the populations of prey animals. This form of natural population control is also beneficial to the prey species because it reduces the prey species’ impact on their ecosystems that can prevent depletion of vegetation or deterioration of soils. 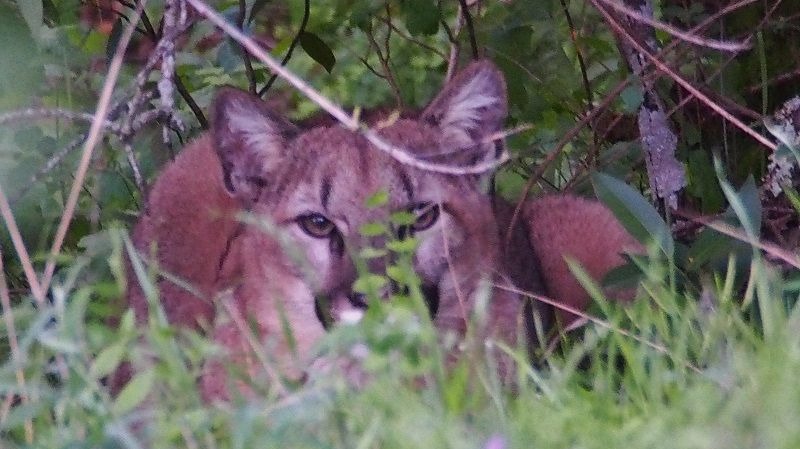 But “it’s not always easy being an apex predator,” says David Mauk, Natural Resource Technician at the Authority. These big cats, while being very closely related genetically to house cats, are about 5 to 7 feet long (including their tail), weigh around 110 to 220 pounds, the size of a full-grown person, and can sprint over short distances up to 50mph. Being large and fast means they require a lot of energy to sustain themselves, which isn’t always easy to get.

Mountain lions need a large range be healthy and successful. In fact, females need 20 to 100 square miles of space (but usually don't disperse very far from home) to raise young, which must include water, a location for their den, and food. Males do the opposite – they need anywhere from 100 to 400 square miles of space to find their own territory and females to impregnate, as competition between males is high. Due to rapid development of the South Bay in the last few decades, their range is dramatically less than what it once was.

Development is one of the biggest threats to mountain lions, as it severely segments their habitats, separating them into small pockets, rather than one contiguous landscape. When animal populations are small, fragmented, and isolated, this leaves them more susceptible to the dangers of inbreeding and bottlenecking events, including disease, and natural disasters. This lowers population numbers and reduces genetic diversity and their fitness as a species.

A pair of mountain lions, captured by an Open Space Authority trail cam

With habitats fragmented by development and roadways, mountain lions become strapped for resources, forcing them to cross major thoroughfares to find more. This makes them vulnerable to traffic collisions – one of the leading causes of death for these creatures in the Santa Clara Valley. This is just one of the many reasons protecting local open spaces is critical to the long-term health of native wildlife populations.

As the Open Space Authority works to conserve and restore open space throughout the Santa Clara Valley, creating greater habitat connectivity in places like Coyote Valley is a top priority. Nestled between the Santa Cruz Mountains and the Diablo range, this landscape serves as a vital landscape linkage for segmented mountain lion populations and provides them with more opportunities to safely traverse the Santa Clara Valley.

To learn more about how you can keep wildlife life mountain lions safe while you’re out exploring the trails, click here.

For additional resources, check out our Wildlife Linkage and Bobcat Study Report here.