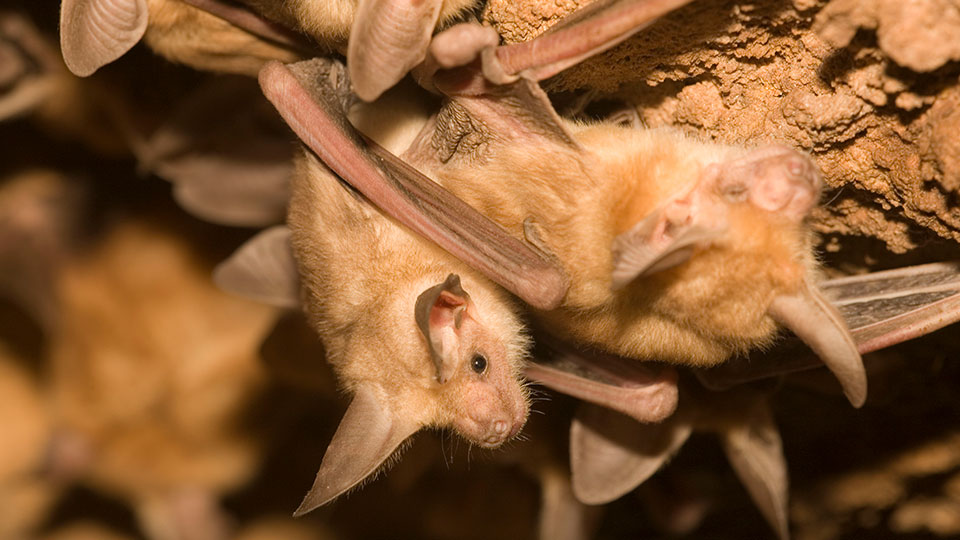 Bats are incredibly diverse. The smallest species is the size of a moth or bee and the largest ones have up to a five foot wingspan. One quarter of the world’s mammal species are bats. About half of all bat species in North America can be found in California, with 16 species found here in the San Francisco Bay Area. The ones most common in Santa Clara County are the pallid bat, the Yuma bat, the Mexican free-tailed bat, the red bat, the hoary bat, the big brown bat, the silver haired bat, and the canyon bat. 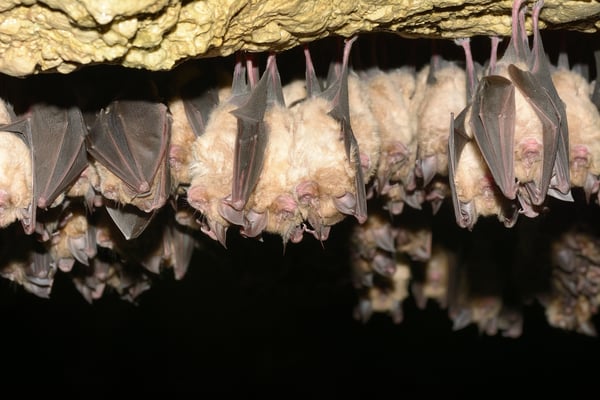 Bats are important pollinators, helping improve the health of forests and agriculture by spreading seeds. Many food products are pollinated by bats – bananas, mangoes, dates, peaches, cocoa, and more. Bats provide pest control management for US agriculture by eating insects such as moths, flies, wasps, and mosquitoes. Some bats eat their body weight in insects every single night.

It’s no surprise that generations past thought these animals were magical – humans couldn’t figure out how they could find their way in the dark. Their use of  echolocation (bouncing sounds of objects to navigate) certainly seemed to be a superpower, but they also navigate using their strong senses of hearing, smell, and even sight - that phrase “blind as a bat” is not true, bats have very good vision. Their seemingly-erratic flight movement is actually quite skillful and carefully controlled.

Bats face a number of challenges, and many species are on the decline. Habitat loss is a serious concern. As forests are destroyed and caves and caverns closed off, bats lose their hunting and hibernation zones. Shifting weather patterns, exacerbated by climate change threaten bats when insects don't hatch at the right time of year. White-nose syndrome, a fungal disease that originated in Europe, has killed more than 6 million bats in the US and Canada since 2006.

Conservation agencies like the Open Space Authority are working to conserve and manage habitat for wildlife, including bats, and creating educational events where people can learn more about these often-misunderstood mammals.

How to see bats in Open Space Authority preserves:

Because many local species migrate south in the winter, the best time of year to see bats here in the Bay Area is during the summer months from June to September. Watch for them near bodies of water – they arrive at dusk to hunt for insects. Look for their recognizably erratic and zig-zagging flight pattern, which is far different from ducks and other birds heading home to roost for the night.

During the summer months, you can join the Open Space Authority’s seasonal bat walks that give access to the properties past dark. You can also attend one of the popular Starry Nights astronomy events at Rancho Cañada del Oro Open Space Preserve. Joan Murphy recommends bat seekers go early to the event - there are often bats rising out of the trees near the parking lot at dusk. The Santa Clara County Parks often offer seasonal bat programming, too.