The peregrine falcon – one of the most common birds of prey – is the fastest animal on earth. Not often can this raptor, which can fly over 200 mph, be seen steady, up close. It’s no wonder that when Galli saw an injured one in the ornithology center at U.C. Davis, it changed everything for her. What had been a random exploration of U.C. Davis’ undergraduate department course offerings, with one glance into a peregrine’s eyes became a lifelong passion for the natural world. “That was it. I was hooked.”

Galli Basson, Resource Management Program Manager at the Authority, oversees the Authority’s resource management program. She supports the agency’s conservation priorities, identifies restoration opportunities and manages their implementation, and monitors the resources throughout Authority preserves as well as any threats to them.

Galli grew up in bustling Los Angeles, without any access to open spaces until she began her undergraduate studies at U.C. Davis. Her lifelong love for animals guided her exploration of courses and led her to the door of an ornithology class. “It all started with a peregrine falcon at U.C. Davis,” she puts it.

The class partnered with the U.C. Davis Raptor Center to bring in live birds for students to study, and one day the educational ambassador was a live peregrine falcon that wasn’t fit for release. “I was enamored by every detail in its feather, its wild eyes – and that was it. I was hooked,” Galli reflects.

After that experience, she declared her major in Wildlife Conservation Biology and began her career at Midpeninsula Regional Open Space District’s planning department. While she enjoyed her time there, she’d always had the most interest in the natural resources field, so we she saw an opportunity at the Authority, she jumped to apply. “They’d been doing conservation work in the county where I lived, and I'd been following it for a while,” she said. “I was so impressed with the work and I knew it would be a perfect fit.” 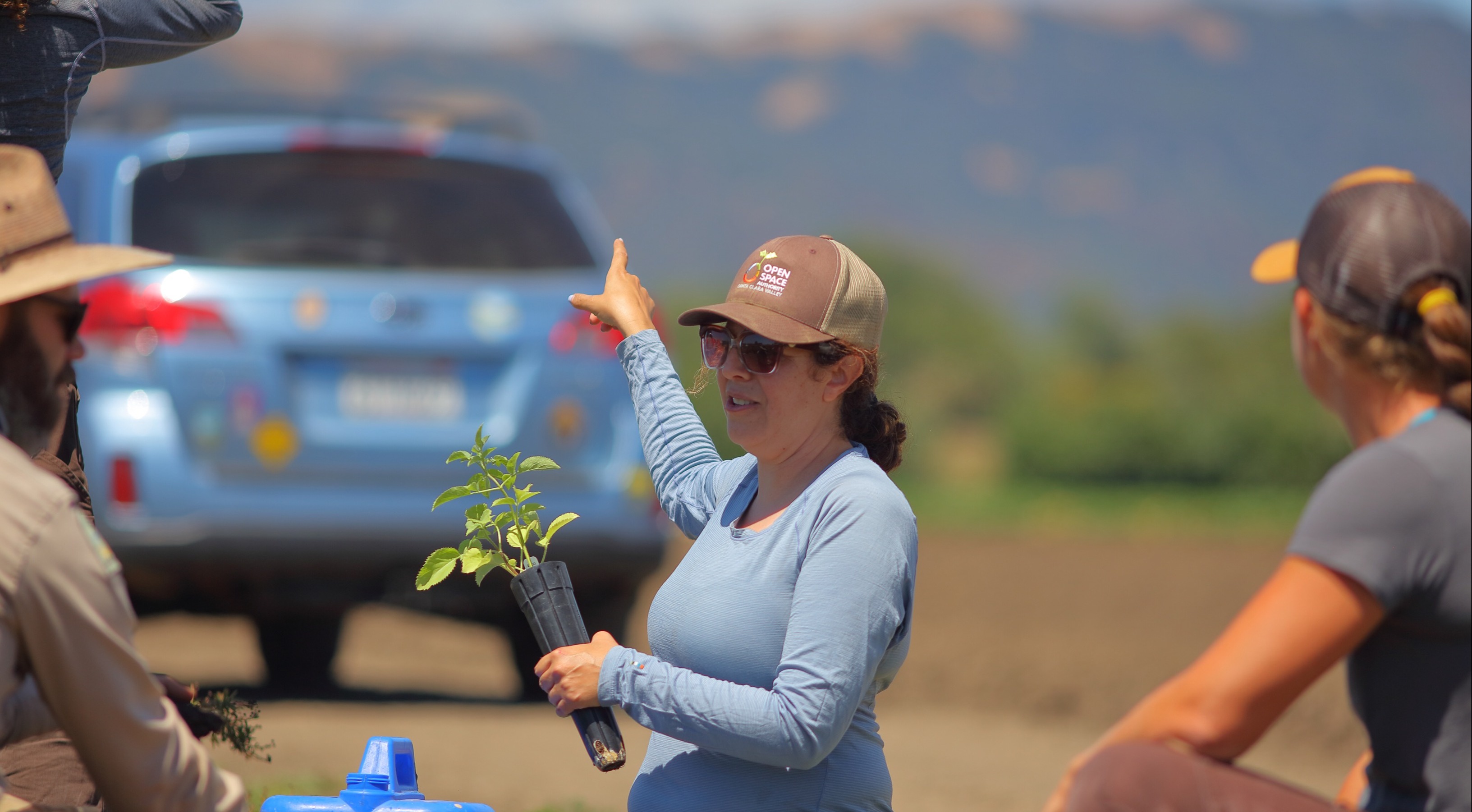 After seven years, Galli’s restoration projects at the Authority continue, and she is still fueled by its challenges. “I am always stretched and always learning. It's challenging, it’s fun, and it’s inspiring because there is always a kind of hope associated with restoration – you're working to transform the land in a good way; to protect the land and the variety of species who depend on it.”

Her love for animals - “cute things,” as she refers to them, motivates her every day. “I just think everything outside is adorable – the flowers, the bobcats...I love it all,” she puts it, while she pets Smoky, her 13-year-old mixed longhair cat. “And when I see animals out on our preserves who use it every day, it inspires me even more.” 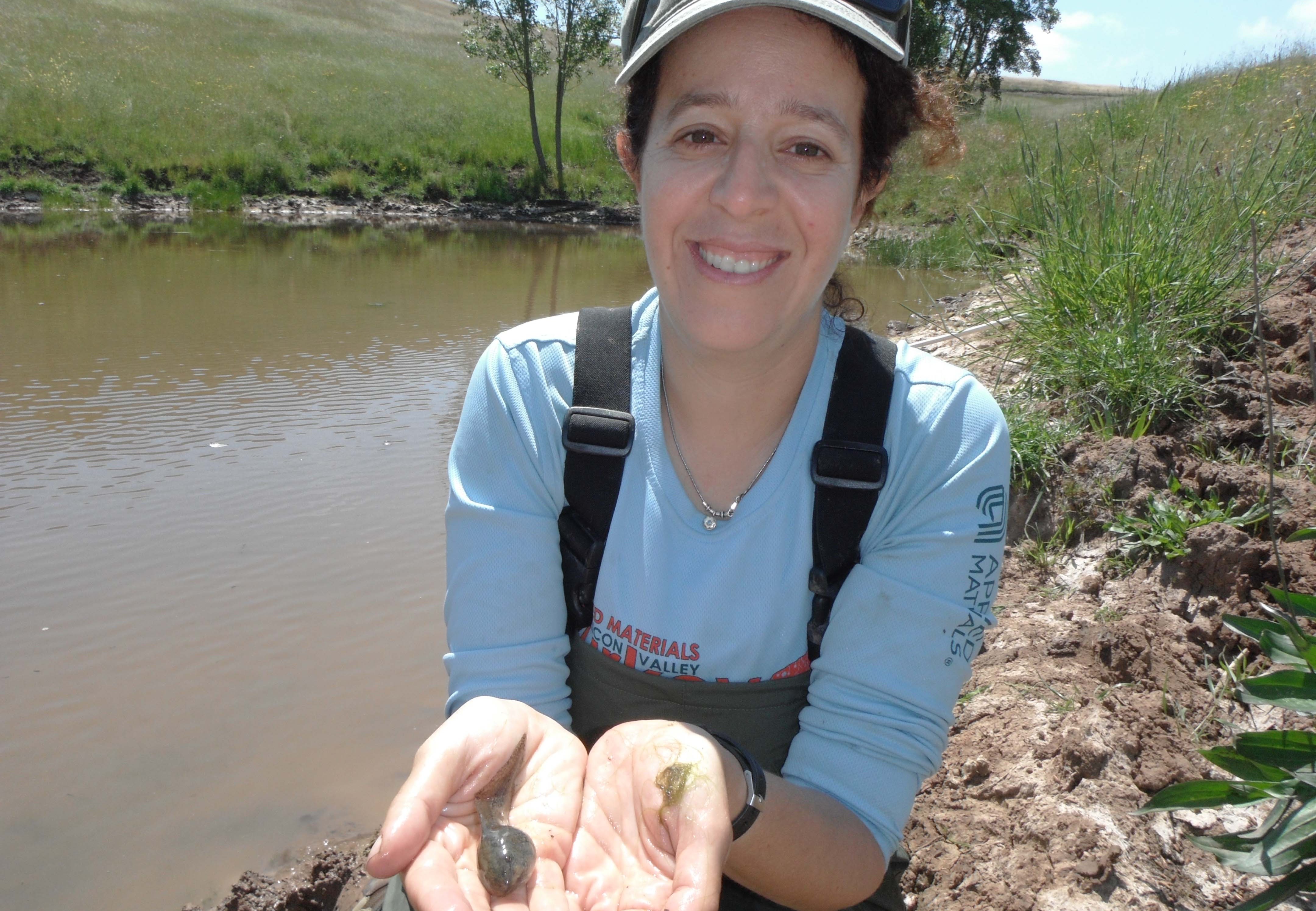 Her compassion for animals doesn’t stop with four-legged friends. In fact, the human element of conservation is another big motivator for Galli, who believes the impacts of climate change are strongly intertwined with social inequalities.

“Seeing the social justice element brought into the conversation is inspiring, because it’s something that has been overlooked for so long.” She notes that a holistic approach to addressing these issues critical. “You can’t think about a landscape without thinking about the people who depend on it.” 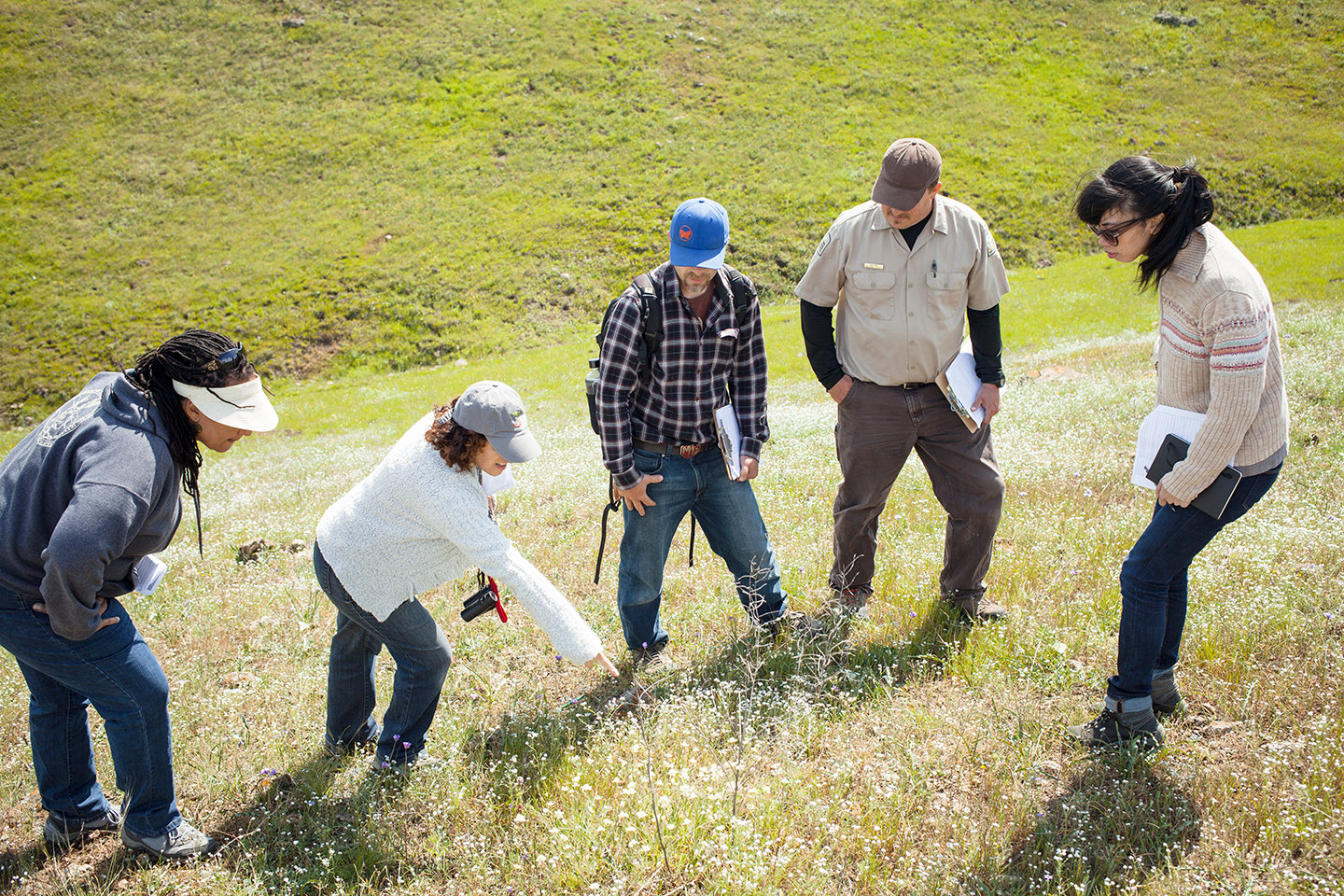 Galli (pointing) during a plant workshop on Coyote Ridge in 2015