Furtado Barn: From Ruin to Restoration 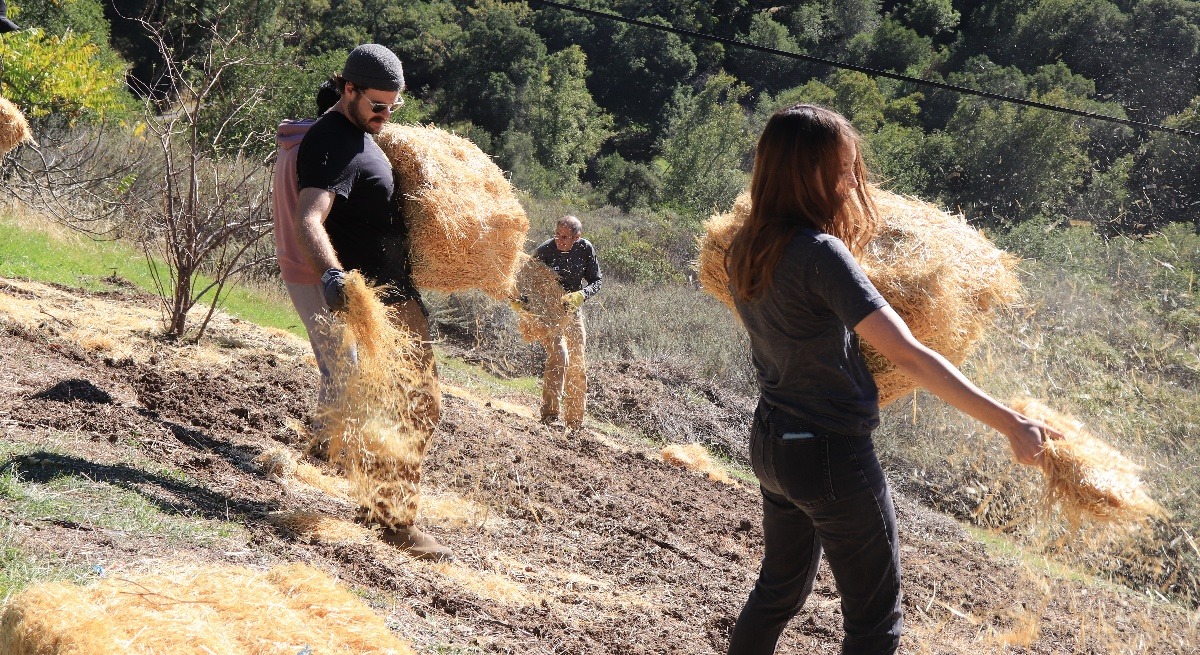 Tucked away behind a walnut orchard in the Sierra Vista Open Space Preserve is a small structure known as the Furtado Barn. For years, this barn and the riparian vegetation around it was overwhelmed by invasive weeds. But in 2018, Andres Campusano, Supervising Open Space Technician, and Daniel Turner, Open Space Technician I decided it was time to turn it around.

Riparian ecosystems along waterways often have water flowing through them, which allows a rich diversity of plants and animals to thrive. However, the weeds around the barn were so overgrown, Campusano noted, “We didn’t even know it was riparian until we walked through it and stepped in water.” 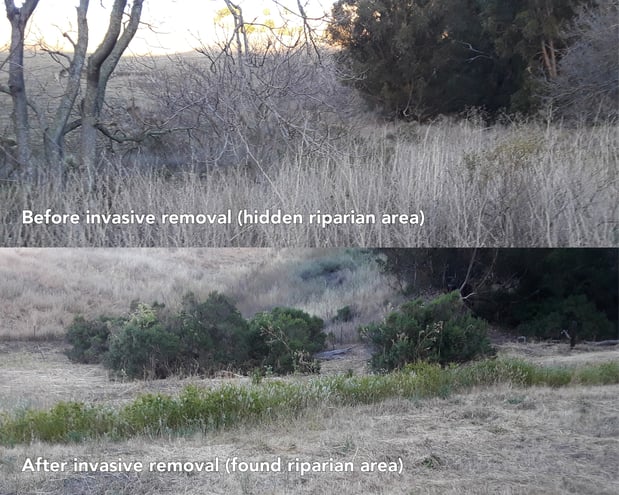 Riparian area before and after removing invasive plants (Andres Campusano)

From that moment, Campusano and his team gradually began chipping away at the overgrowth. The barn has since become the site of a full-fledged restoration project, now spearheaded by Authority staff and volunteers.

Their starting point was removing the hemlock, mustard, and thistle that was taking over the ecosystem. “The hemlock was as tall as we were,” Campusano recalled, “so we knew we needed to take care of that first.” They reduced the weeds with machinery and by hand, and then distributed seeds for a variety of native grasses. Finally, they spread straw across the area to help reduce invasive weed growth and bring back some of the native vegetation that was once present. 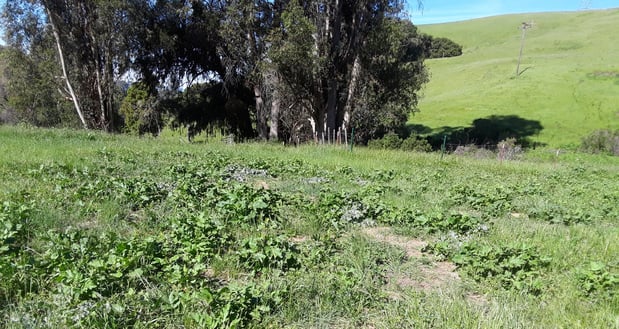 After removing the invasive plants, field staff used tools to prepare the area for native plants to thrive (Andres Campusano)

After chipping away at this for a couple of years, Campusano brought in Rowan O’Brien, Open Space Technician I, Kat Hill, Volunteer Program Coordinator, and David Mauk, Natural Resource Technician, to integrate their expertise into the project. Shortly thereafter, O’Brien had this on her priority list, Mauk had a plan, and Hill had the volunteer Land Stewards and Trail Masters at the Authority, eager to participate. Last year, volunteers worked on more invasive weed reduction, and dispersed more seeds from native grasses and forbs. 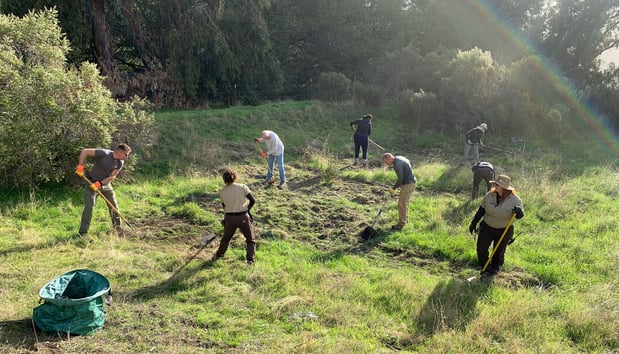 Now, in 2022, the Furtado Barn restoration will continue, with 60%-80% of invasive plants currently suppressed. The next phase of the project will include continued weed suppression and promotion of native plant growth.

Managing debris is another priority for the project. One additional challenge at the site is caused by debris of old eucalyptus trees nearby. The build-up of the debris is suppressing native plant growth and blocking water from flowing down the riparian corridor. 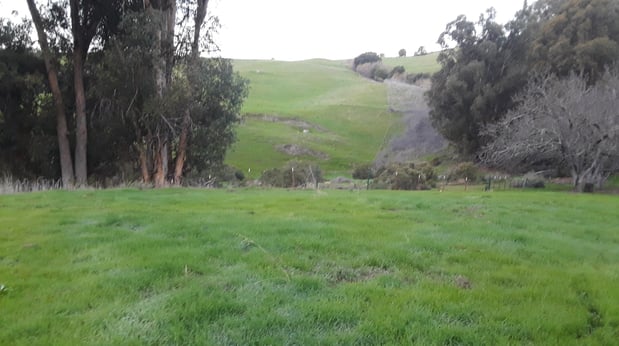 “This whole project was possible because of teamwork – I cannot stress this enough,” Campusano noted, now four years into the Furtado Barn restoration. “The progress we made has been from field staff and volunteers doing an incredible job working together and pushing this project forward.”

Land restoration continues to be a priority for the Authority, as it works to protect local wildlife, waterways, agriculture, and promote climate resilience. Learn more about our restoration work here.