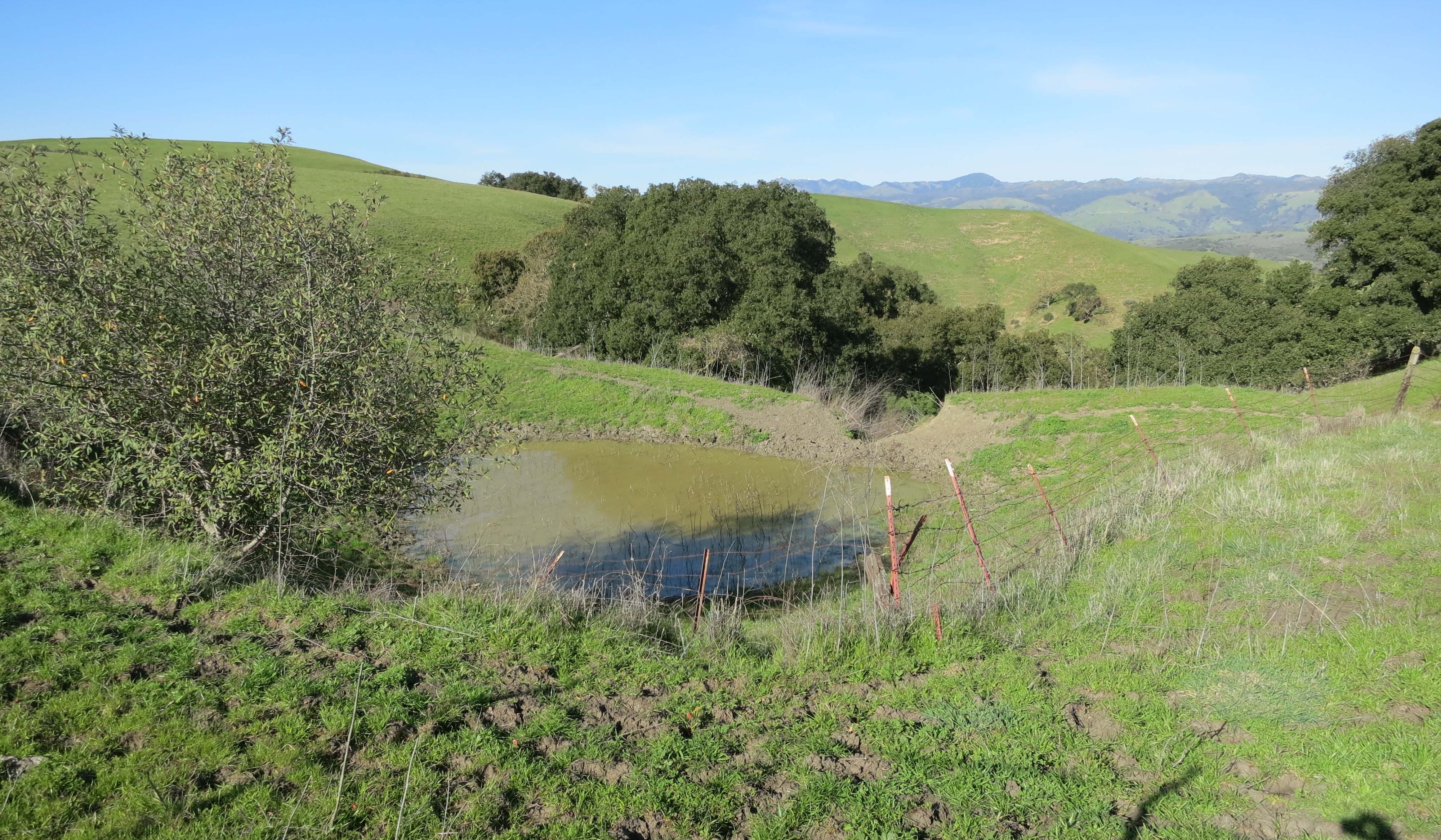 Over the years, loss of habitat has caused the decline of many amphibian species, including our native frogs and salamanders. However, in the midst of decreasing habitat, ranch lands have become a vital aide for conservation of rare amphibians because they remain undeveloped and wildlife rely on the many ponds that ranchers have built for their herds over the years.

The Open Space Authority and the Santa Clara Valley Habitat Agency are restoring two former ranch stock ponds in the Authority’s Coyote Ridge Open Space Preserve. Due to a damaged dam and spillway, neither reservoir has been able to hold sufficient water since before the Authority took ownership of the property back in 2015. 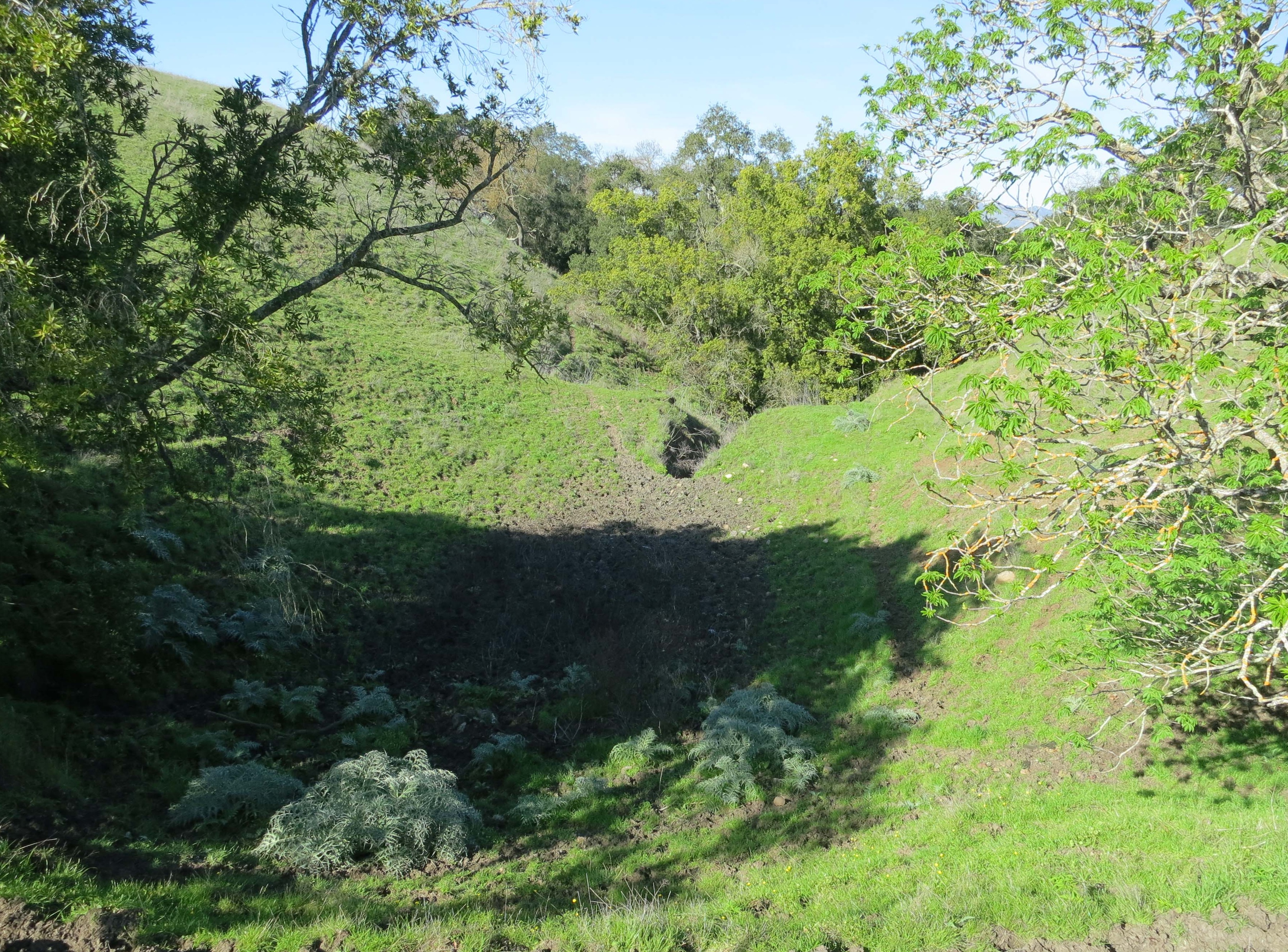 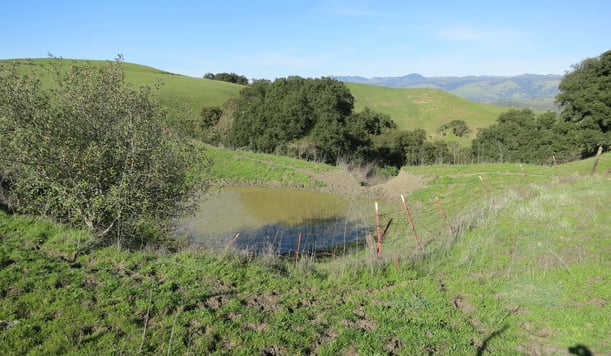 Hopefully, the restored ponds will provide additional breeding habitat for the threatened California tiger salamander and California red-legged frog. The California tiger salamander lives the majority of the year in underground burrows but moves to ponds for breeding during the winter months. California red-legged frogs spend most of their lives near water, and they likewise require aquatic habitats for breeding during the wet season. Both species currently breed in other ponds in the preserve and have been documented in these particular ponds in the past. 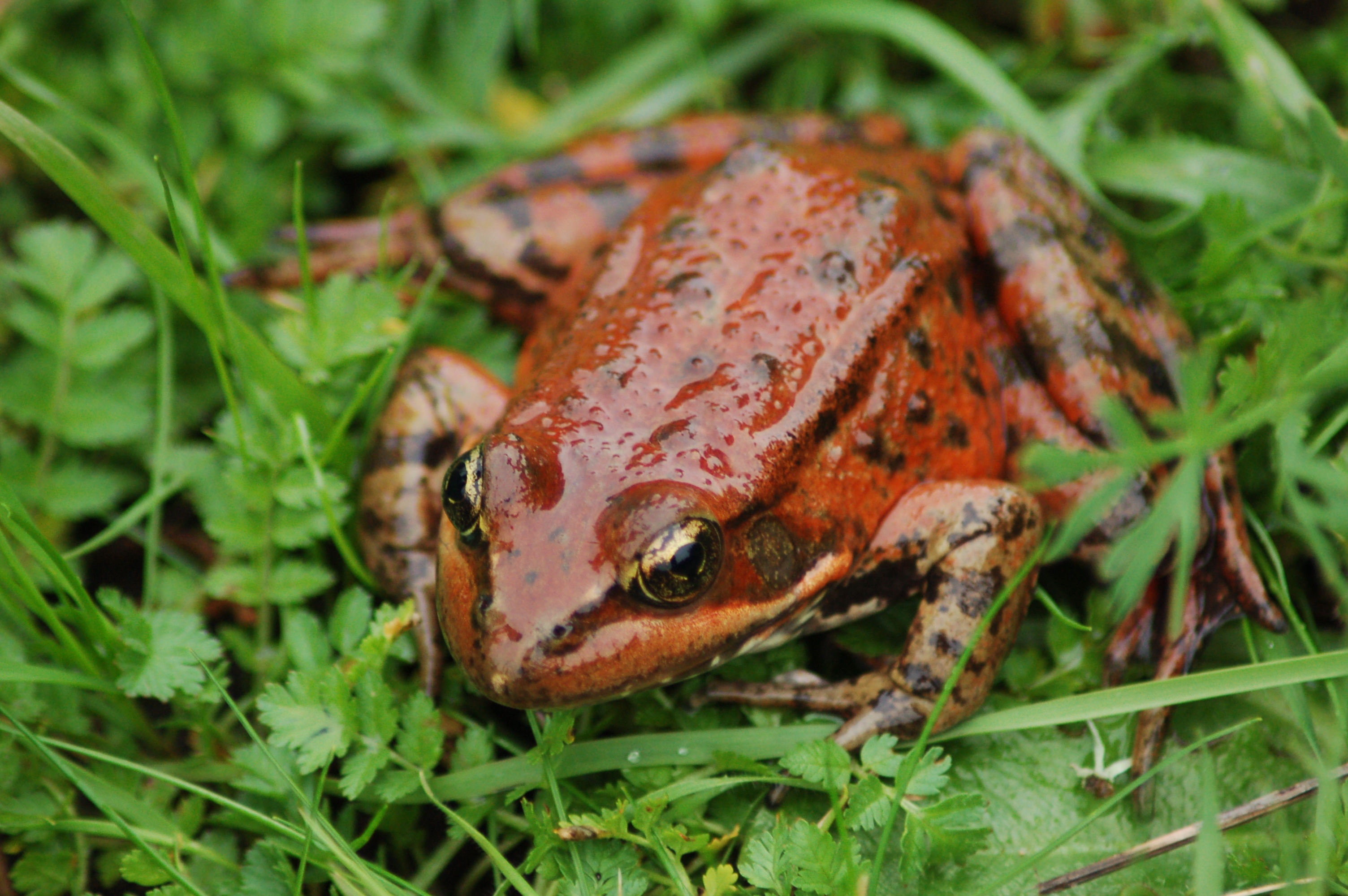 The Habitat Agency provided funding for this project and will monitor and maintain these ponds into the future. This partnership allows the Authority to focus staff and resources on restoring other priority ponds on other Authority lands, such as those in Rancho Cañada del Oro Open Space Preserve. “Partnerships are vital to accomplishing regional restoration actions because they allow us to leverage resources and meet common goals of increasing habitat for rare species,” says Galli Basson, Resource Management Specialist at the Open Space Authority.

Construction on the ponds began on August 5 and is expected to wrap up in early October. Stay tuned for more information and updates as we learn whether these species make use of this new habitat! 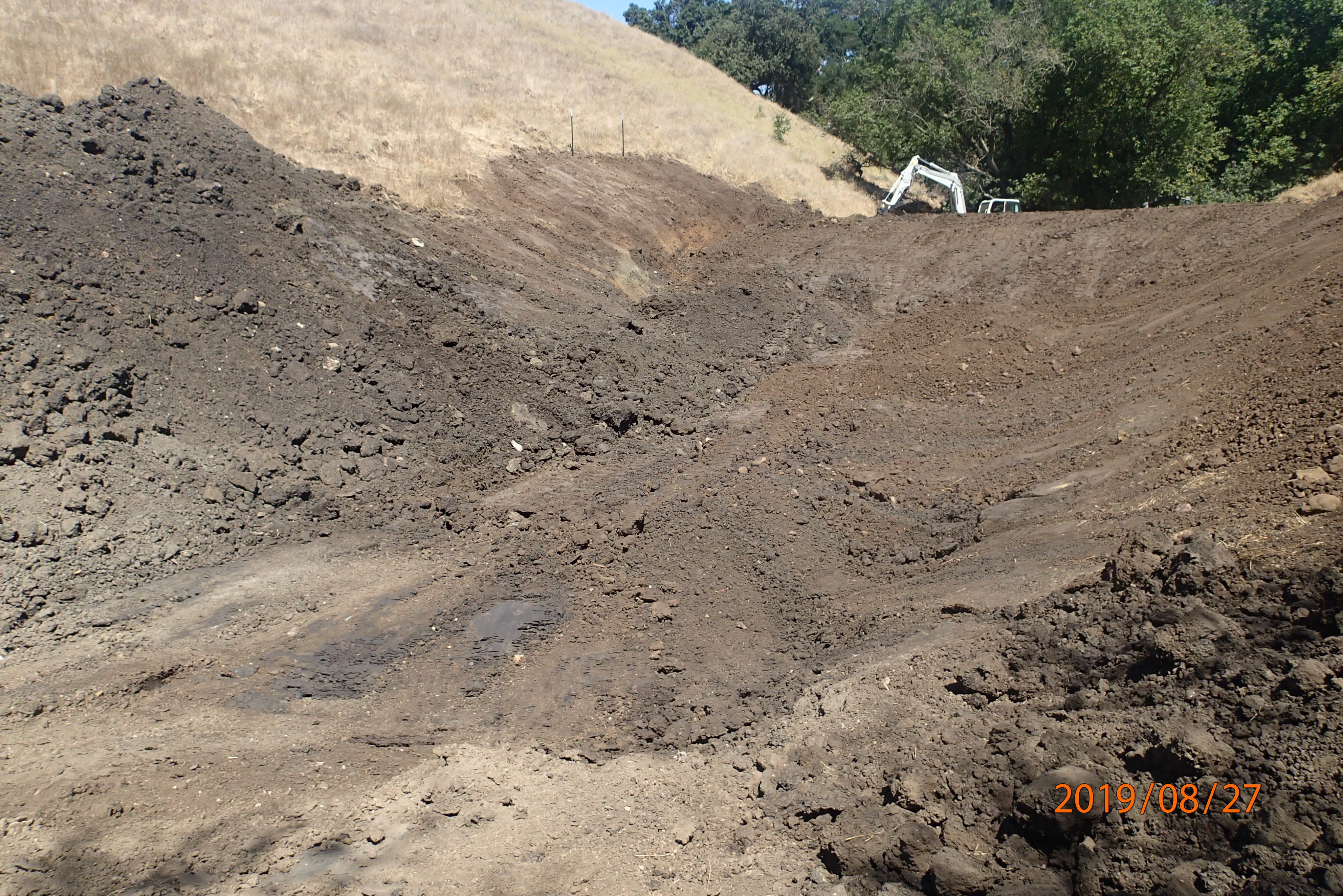 Construction begins at the first pond 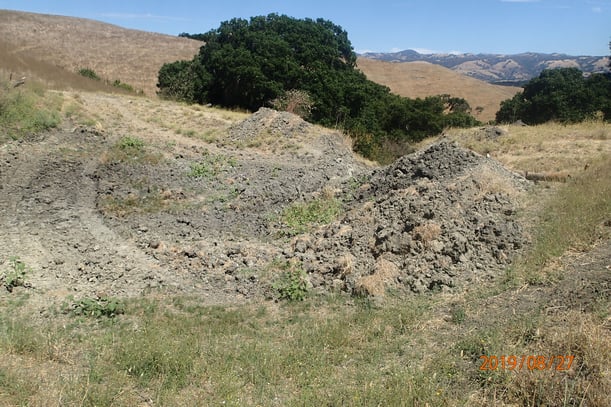 Digging out the broken spillway at the second pond