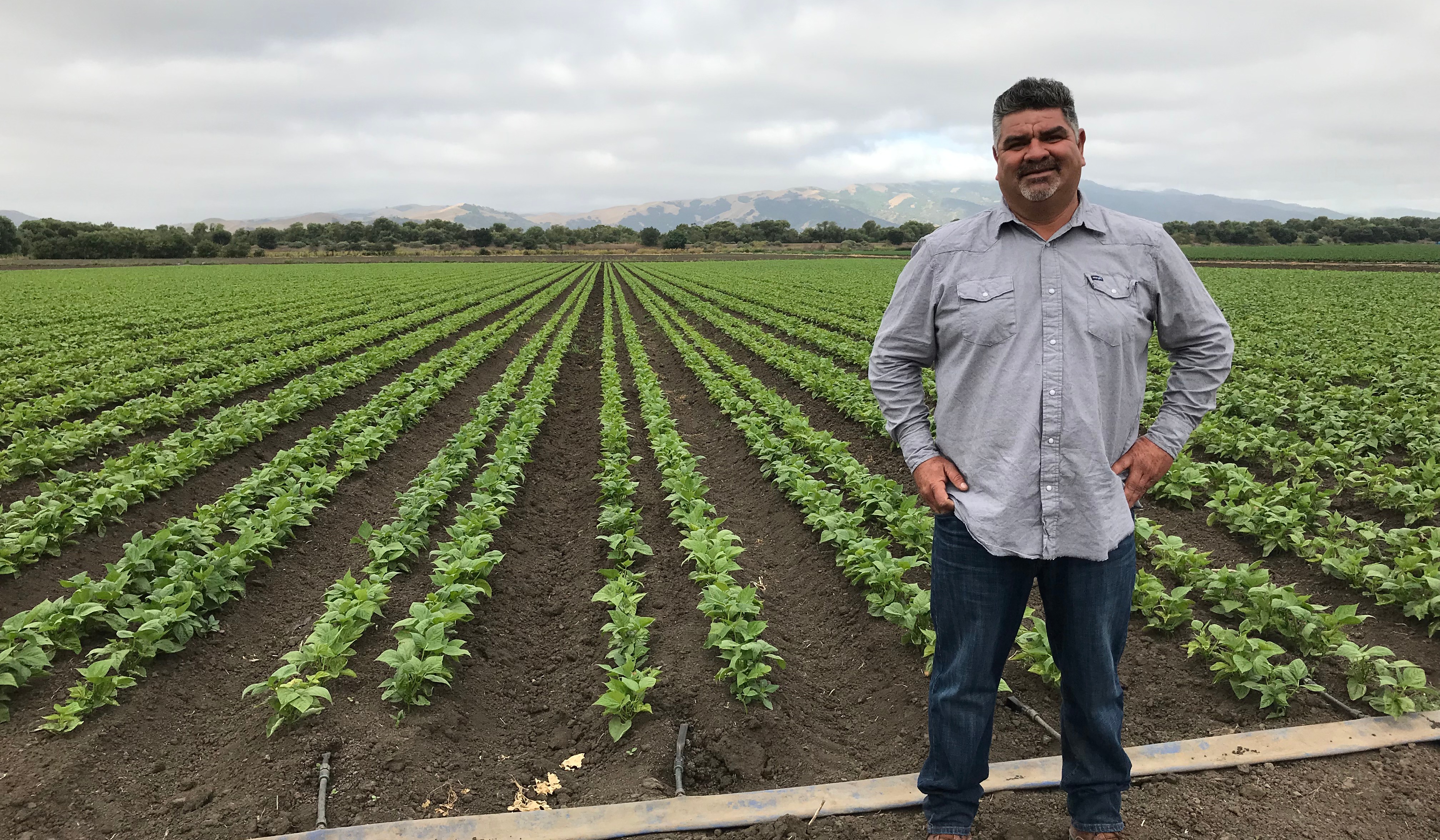 Community Connections highlights the many leaders, partners, and neighbors who make a difference in our community. This month we are featuring Luís Urias, a vegetable farmer currently working the land at the Open Space Authority’s Pajaro River Agricultural Preserve.

Driving down the rural roads south of Morgan Hill, you might forget you are still in the San Francisco Bay Area. Rows of green fields stretch as far as you can see, between the Santa Cruz Mountains to the west and the Diablo Range in the east. We recently took a drive to these beautiful ag lands in Southern Santa Clara County to meet a local farmer contributing to the valley’s agricultural heritage and economy. 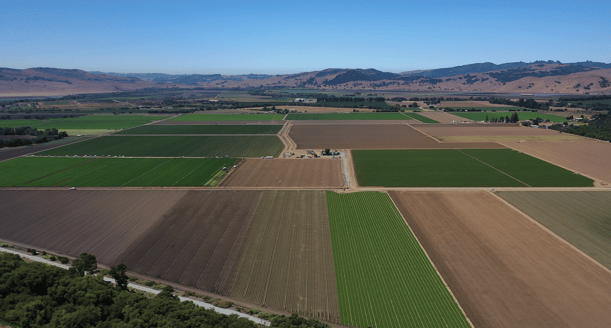 Luís Urias owns and operates UC Farms, Inc., a family-run vegetable farm in South County. His company currently farms on the Pajaro River Agricultural Preserve, a 284-acre plot of agricultural land that consists of two properties, a southern and northern parcel, which were protected by the Open Space Authority in 2014 and 2016, respectively. From early 2017 through the winter of 2018, Authority staff and volunteers worked to clean up the northern property so it would be ready to farm again. They removed graffiti, invasive vegetation, and more than 100 truck-loads of trash!

Urias is no stranger to this land - he has been farming in the South Santa Clara Valley for more than 20 years. His grandparents were farmers in Mexico’s Sinaloa Valley, a highly-productive agricultural region that is sometimes called “Mexico’s breadbasket.” When he first came to the United States as a young adult, he looked to farming to get his start and worked as a farm laborer for three years before starting a second job in construction. For over a decade, he worked both jobs, putting in 9 hours on the construction site and 8 hours in the field almost every day. In 2008, he began farming full-time and started his own operation. Urias worked with the previous owner of the northern property, so when the Authority started looking for farming tenants, he submitted a proposal. Last year, UC Farms began farming the southern parcel, and this year they started growing on the northern parcel, made possible by the monumental clean-up of the property. 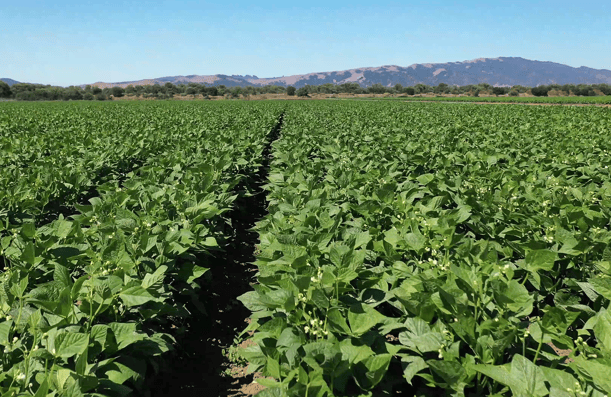 More than 80% of the farm’s land is devoted to green beans, a short, two-foot tall variety of bush beans that come ripe and ready to harvest mid-August through October. Bush beans were the first crop that Urias worked with when he got his start in the fields over two decades ago, so he’s become an expert in their cultivation and sale. It’s a popular but labor-intensive crop, requiring careful hand-harvesting. This difficult work gives him an edge in the market, “We’re growing something no other small farm wants to do.” In the future, UC Farms is looking to diversify their crops, which would allow them to start to sell at local farmers markets.

Three years ago, Urias decided to switch his operations over to organic methods. While this decision puts a small farm at the whims of Mother Nature, UC Farms is experimenting with natural disease and pest control measures and other ecologically-friendly farming practices such as the dissemination of beneficial insects and hedgerows. “Organic is what people like and it’s what they are buying,” he says. “Organic will be our future!” 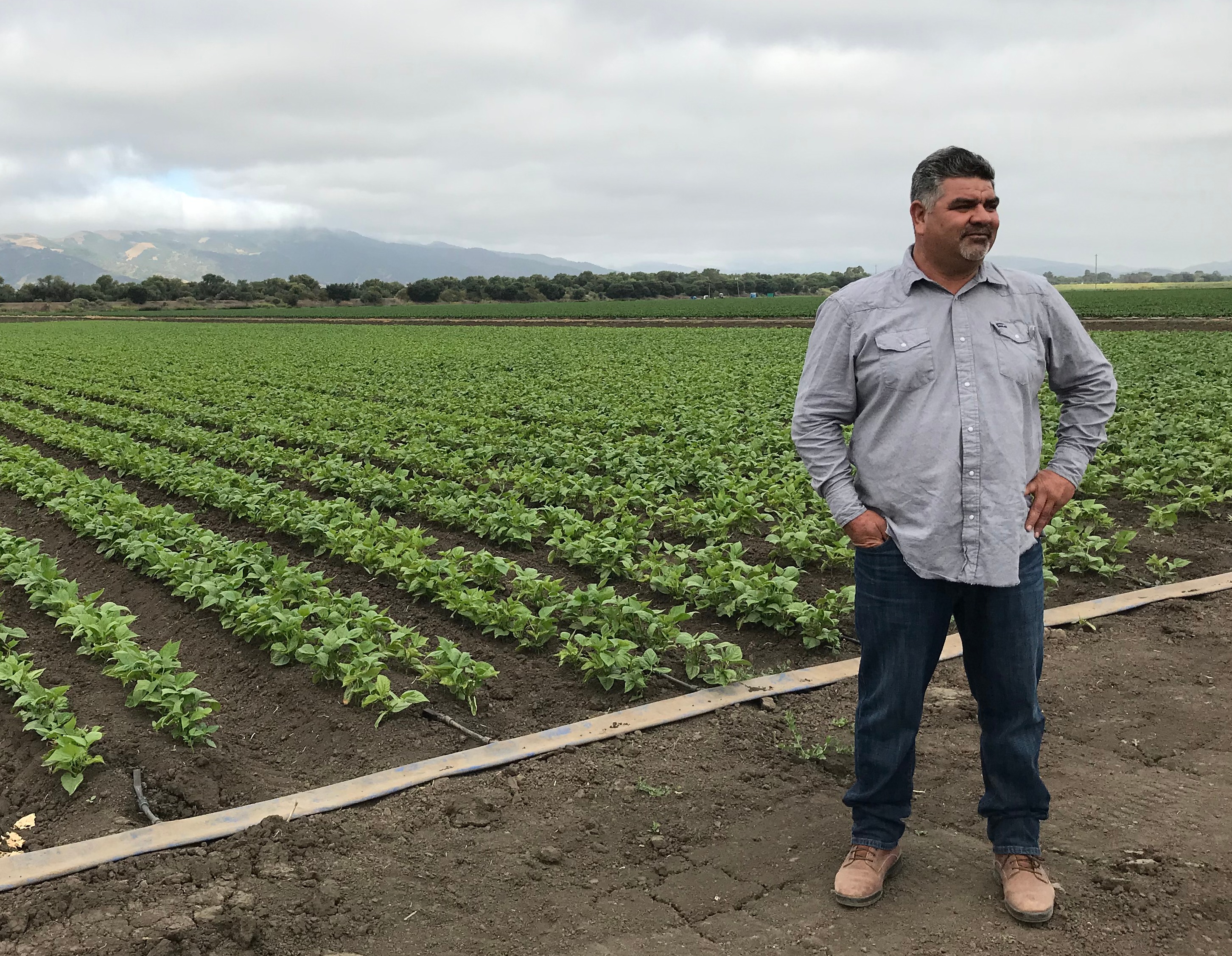 Farming is hard work, and while Urias acknowledges the challenges, he’s still happy when he’s in the field. “I’ve been doing this for more than 20 years and I still love it.”

Eventually his son, Adrian, plans to take a bigger role in the family’s operation. He’s currently studying biology at Gavilan College and manages the farm’s food safety certification, a program that allows the operation to sell to bigger commercial food service clients. He hopes to eventually work as an agronomist (a specialist in crop and soil science and ecology) and progress the farm sustainably. “I cherish the opportunity to work alongside the Open Space Authority,” he says. “The positive impact we are working towards makes the future exciting to create.”