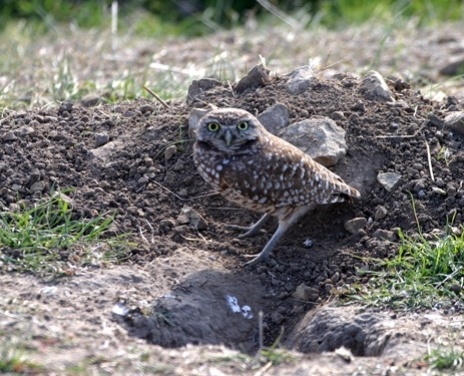 Protecting open spaces and grasslands is important to all of us, but for some local wildlife, it’s a matter of life or death.

The western burrowing owl is one animal that relies on this wide open space to survive. Instead of nesting in trees, this species takes over abandoned ground squirrel burrows and builds its nests underground. Burrowing owls are found all across western North America, but in recent decades their population has seen a steep decline. The California Department of Fish & Wildlife has classified it as a “Species of Special Concern,” because of the significant drop in breeding numbers.

A serious threat to burrowing owls in our region is urbanization. The rapid growth of our cities and destruction of open grassland has reduced ground squirrel habitat causing fewer burrows and fewer spaces available for the owls to nest.  Other threats include the declining population and human eradication of native ground squirrels, and the conversion of agricultural and grasslands to less compatible uses, like orchards and vineyards.

One local researcher is working to learn more about these birds and the challenges that they face. Dr. Lynne Trulio, Professor of Environmental Studies and Department Chair at San José State University, has spent nearly three decades working to understand the species’ distribution, movement patterns, and breeding habits. By understanding the animal, we can help to protect their habitat and the species. 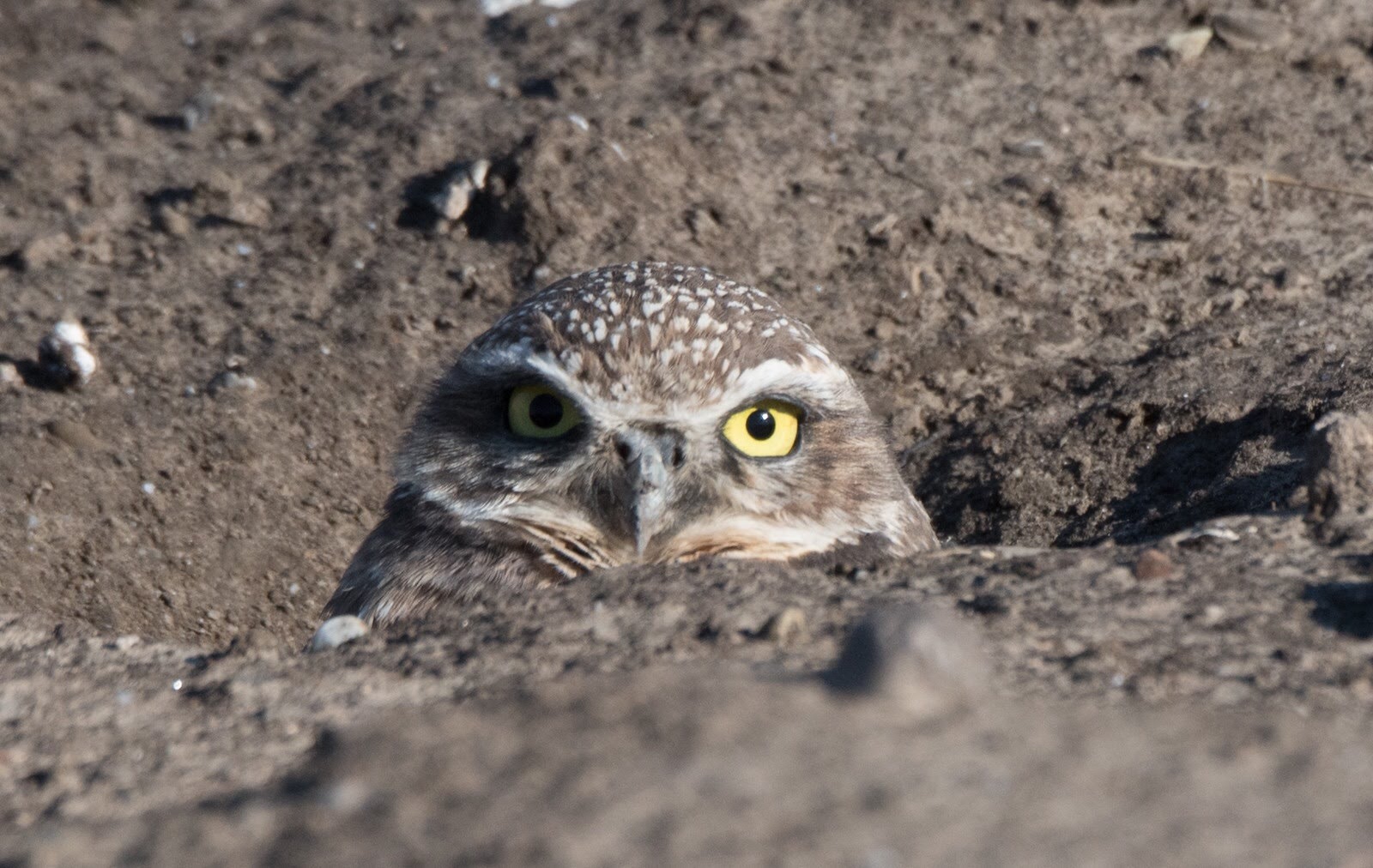 Burrowing owls have been found to spend the winter in several of the Open Space Authority’s preserves, and Dr. Trulio has been working with the Authority to study where the owls are spending their time and what habitats they are using.

Likely breeding grounds, surrounding the San Francisco Bay, had been well studied, but until recently there was no systematic effort to look beyond these lowlands to see where birds were spending the winter.

“The Authority has been a key partner; we’ve done a lot of research in the higher elevation lands, including Sierra Vista.” Some of the birds they’ve monitored on Authority lands have come from as far away as British Columbia.

Trulio’s team of researchers also collected blood samples from local breeding birds, for a study to characterize different breeding populations genetically, as one more way to track where wintering birds have come from.

Public protection of open spaces is key to saving this species. Trulio says local parks and land managers here in Santa Clara County, including the Open Space Authority, have been successful protecting our hillsides. “We’ve done a pretty good job protecting hilltop areas. These large spaces are extremely valuable for wintering birds.” But the next step is protecting land lower in the Santa Clara Valley for breeding birds, “Now we need to protect that Valley floor!”