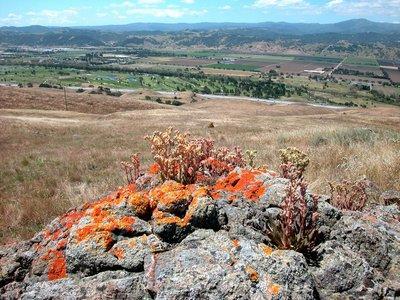 The state of California has always been in the forefront of climate change policy. Now, we have taken a revolutionary new step in the fight against global warming, by recognizing the importance of preserving open space.

How can preserving forests, farmlands and hillsides reduce greenhouse gases? The answer lies in the ability of trees and plants to absorb carbon from the atmosphere. When we convert open space and farmland to urban development, not only do we increase greenhouse gas emissions from new buildings and cars, but we destroy the green areas that were absorbing those gases – a double whammy for global warming.

But now, on the heels of Gov. Jerry Brown’s signing of sweeping new climate change legislation, California state officials have declared that the preservation of open space and the concentration of development in urban infill areas are vital to achieving California’s climate goals. As reported in the state’s newly released strategy paper, we must preserve “the natural and working lands most critical to preserving California’s biodiversity” if we hope to effectively combat global warming.

In San Jose, our most critical piece of open space is Coyote Valley. Decades ago, Coyote Valley (located in District 2) was designated for the city’s future industrial growth, and new proposals for warehouse/distribution centers and other industrial development are now on the horizon. But it is time to take a step back and ask ourselves, especially in light of these new findings from the state, whether industrial development is truly the best future for this beautiful and environmentally important region of San Jose.

We do not need to sprawl into our few remaining acres of open space in order to provide for jobs and economic growth. On the contrary, job-creating development should be located in urban infill areas, close to transit and accessible to local workers, not at the farthest edge of our city.

It is 20th Century thinking to even consider building out sewage, roads and city services into beautiful open spaces, particularly since we are having trouble providing those services as it is. Let us have a bolder vision of how we develop and grow in the 21st Century as the Capital of Silicon Valley.

Coyote Valley is unique in our region as a wildlife corridor where mountain lions, bobcats and other animals can migrate between the vast open spaces of the Santa Cruz Mountains and the Diablo Range.

It’s also critical for the future water security of San Jose. The high groundwater table and porous soils make Coyote Valley one of the few areas where our drinking water aquifer can be replenished from rainfall and from recycling of wastewater – but it also makes it an area vulnerable to contamination from industrial development.

With the specter of drought looming over us, we must focus on protecting our local sources of drinking water.

Open spaces like Coyote Valley give us far more than just parks, preserves and trails to go hiking and biking. They also contribute measureable economic benefits to our city. Without these open spaces filtering our drinking water, reducing the risk of flooding during storms and removing carbon and other pollutants from the atmosphere, our costs in public health, infrastructure and quality of life would be much higher.

When I was first elected to the City Council, I campaigned on a promise to protect Coyote Valley from sprawling, unwise development. As I leave the Council this year, Coyote Valley is still providing our city with all the benefits of its open space. Let’s not let our legacy to future generations be that we squandered this precious resource without a second thought.

Ash Kalra represents District 2 on the San Jose City Council and is a candidate for Assembly District 27. He wrote this for the Mercury News.