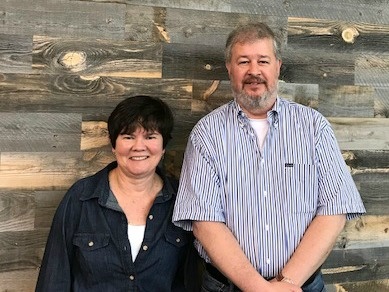 How did you first get involved with what would become the Santa Clara Valley Open Space Authority?

Back in 1988, I was hired as a policy aide for Santa Clara County Supervisor, Dianne McKenna. At this time the community had decided that open space needed to be protected. We had just completed the Preservation 2020 Task Force. Dianne was chair of that committee and their final report recommended forming an open space district for the areas outside of the Midpeninsula Regional Open Space District. The City of San Jose had done a similar initiative with the same recommendation, so the two agencies then came together to form the San Jose/Santa Clara County Joint Open Space Implementation Committee.

As a new hire with a focus on land use and parks, I came in to staff the Board of Supervisors, pulling together agendas for the committee and other needs. Over the years, they had put forward state legislation to create the district. After the legislation passed, I worked to support the interim governing board, which was charged with creating a funding mechanism and electoral districts.

During the years I worked for Dianne McKenna (1988-1996), there wasn’t a week where I didn’t do something related to open space protection!

Later I served as Chief of Staff for various board members in County District 1, which includes much of South County from South San Jose and Coyote Valley down to Gilroy. Land use and open space protection was always an issue I worked on.

What was that experience like - building public support & launching this new public agency?

It was very important to have a range of people in the same room and at the table – people who wouldn’t necessarily have lunch together on a given day, coming together to find common ground. This enabled them to them share their concerns and helped us make commitments and decide which tools we would and wouldn’t use. It allowed everyone to participate in the acquisition planning process.

This kind of work takes a lot of time -- building trust is hard. But the final plan they developed wasn’t the vision of just one group of stakeholders, it was a product everyone worked together to build. Creating a mechanism to purchase open space rather than zone it as unusable was an important step. Today that idea has renewed interest and a lot of appeal to landowners.

Protecting open space in fast-growing Santa Clara County is very important – San Jose is the 10th largest city in the country with a strong economy. It’s clear we are going to need to grow, so it’s important to be thoughtful about where we grow. Deciding which areas should remain in open space, and focusing development in cities, rather than in rural areas. Though it’s not the only strategy to preserve open space, the Open Space Authority provides one tool that’s very important: the ability to purchase land.

Because of this growth, and the related housing crisis, there is increased pressure to build higher density housing in our urban areas. Residents living in higher density areas will want to escape into the open areas for recreation or just view open hillsides. There is a great psychological benefit to this - while you can live in a more dense area, you don’t feel it as much because you are surrounded by green hillsides and you can get there quickly to escape the busy city.

We are lucky to have these protections here, aren’t we? I used to live near Downtown Los Angeles and all the hills there were covered with homes.

We do take that for granted, seeing these pristine hillsides all around us, but look around to other parts of California. We are lucky to have this and need to protect it!

That reminds me, when we were trying to the get the Authority funded, the campaign sent mailers out – they had two photos, one of our green foothills, and another of a hill covered with homes, what could happen. The image said: “Do you want THIS? Or THIS?”

It wasn’t LA, it was a photo and a view you would probably recognize - Daly City. It was certainly a memorable image.

I’m glad we came up with a mechanism that allows someone who wants to remain in agriculture or in ranching to do so and have that business still be able to operate, but also allow that land owner to derive profit from land by selling development rights. Agriculture and ranching can’t survive in this County without that kind of assistance, so the Authority provides us a mechanism for offering that support.

All of our local parks and open spaces are wonderful. When I was the chair of the Santa Clara County Parks Commission, I liked to plan weekend outings at any of our County Parks. Beyond the Bay, I love Lake Tahoe in the summer.

I recently retired, and my wife and I have moved down to Northern San Diego County, so I’m looking forward to exploring that area this summer.

Don’t be afraid to think big but be willing take small steps. Any way you can get involved whether in volunteering or advocacy will help.