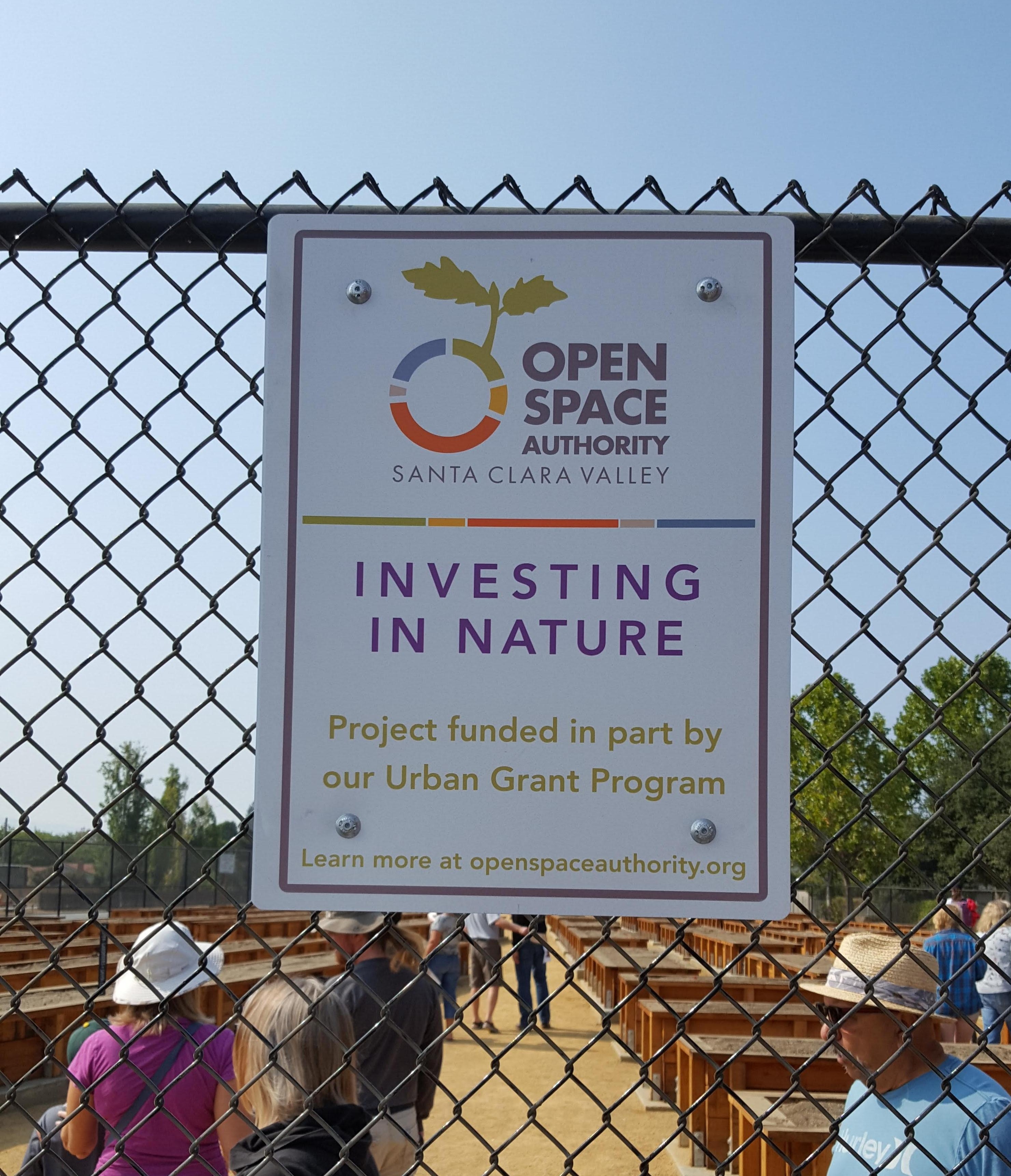 The Open Space Authority recently attended exciting grand opening events for two of its Urban Open Space Grant projects funded through the Authority's 20% Funding Program. Check out the new trail and park now open to the public below. 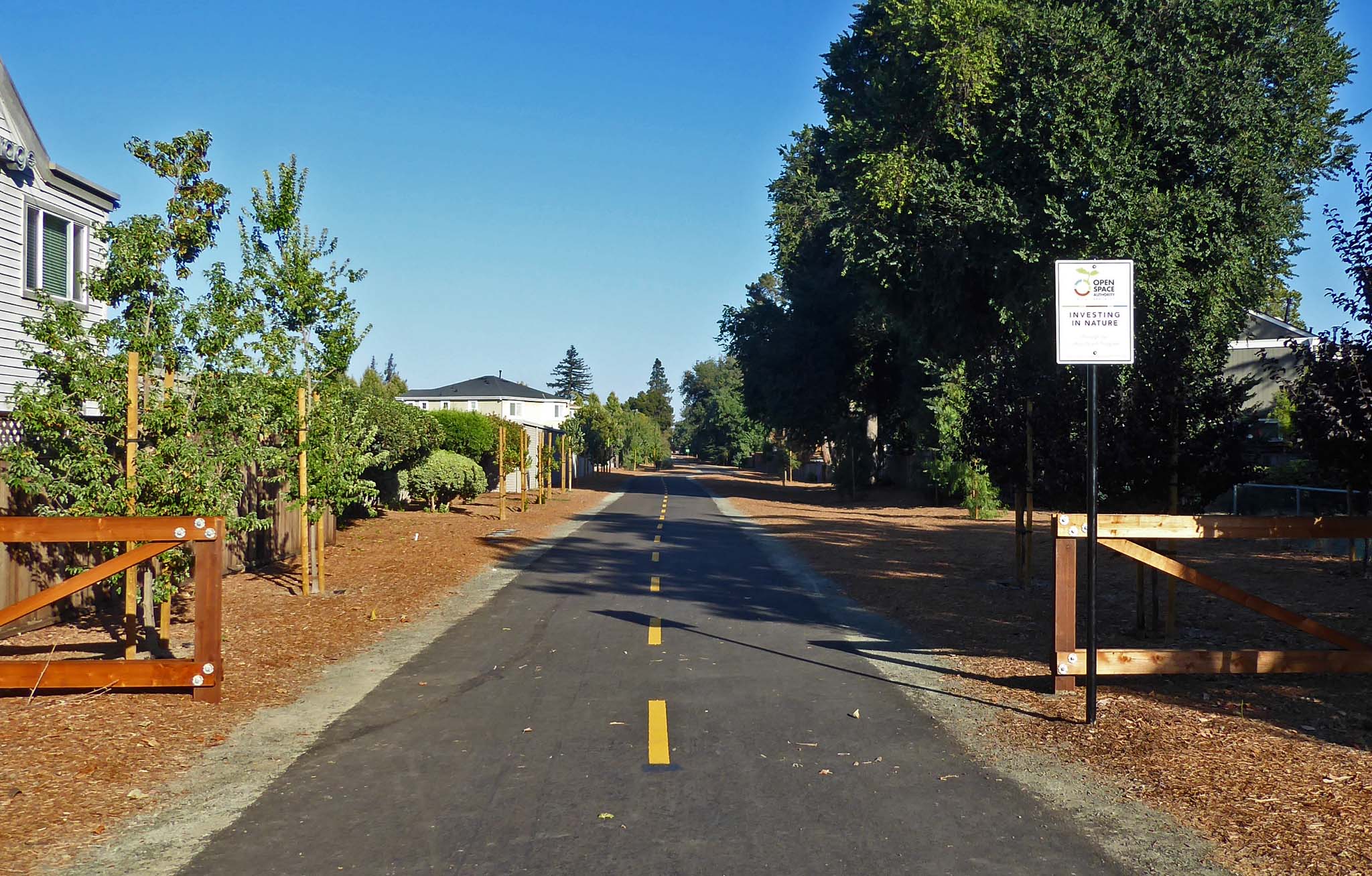 On Saturday, August 25, the City of San Jose hosted a ribbon cutting to mark the grand opening of the Three Creeks Trail, a new paved urban trail stretching from Minnesota to Coe Avenues in the city's Willow Glen neighborhood.

The trail runs along former Union Pacific Railroad land and features an iconic water tank and fruit crates that pay homage to the Valley of Heart's Delight. The City purchased the land with grants from the Authority’s 20% Funding Program, the Santa Clara Valley Water District, and the County of Santa Clara. The Authority contributed a total of $3,235,000 towards the purchase of the land.

The trail is named for the three creekside trails that it will eventually connect: the Los Gatos Creek Trail, Guadalupe Creek Trail, and Coyote Creek Trail, bringing the network together and improving pedestrian, bike, and wheelchair access to nearby neighborhoods. It is also projected to help parents, teachers, and students walk or bike safely to nearby schools.

For more information about this project and the new trail, check out the city’s website.

In recent years, the City of Santa Clara has been taking steps to add more parks and open space for their growing population by opening new parks, rehabilitating old ones, and bringing new urban amenities to their park system.

On Saturday, August 25, the City hosted the grand opening for the San Tomas & Monroe Neighborhood Park and Community Garden. This new 3-acre city park is located along the San Tomas Aquino Creek Trail, on the southwest corner of San Tomas Expressway and Monroe Avenue. The Authority awarded Santa Clara $425,000 in 2016 towards the outdoor classroom and community garden portion of this project as part of its 20% Funding Program. More than 400 people came out for the grand opening celebration.

The new park features playgrounds, picnic tables, an outdoor classroom, and a large community garden where local residents can grow their own food.

When making plans for how they would make better use of this underused city space, local planners and community advocates realized that lots of local families living in apartments nearby didn’t have an opportunity to get outdoors and grow their own foods. The park’s new community garden offers plots for both individual and group use. Before the park even opened, the plots were fully allocated and a waiting list was set up.

For more information about this project and the new park's facilities, check out the city’s website.