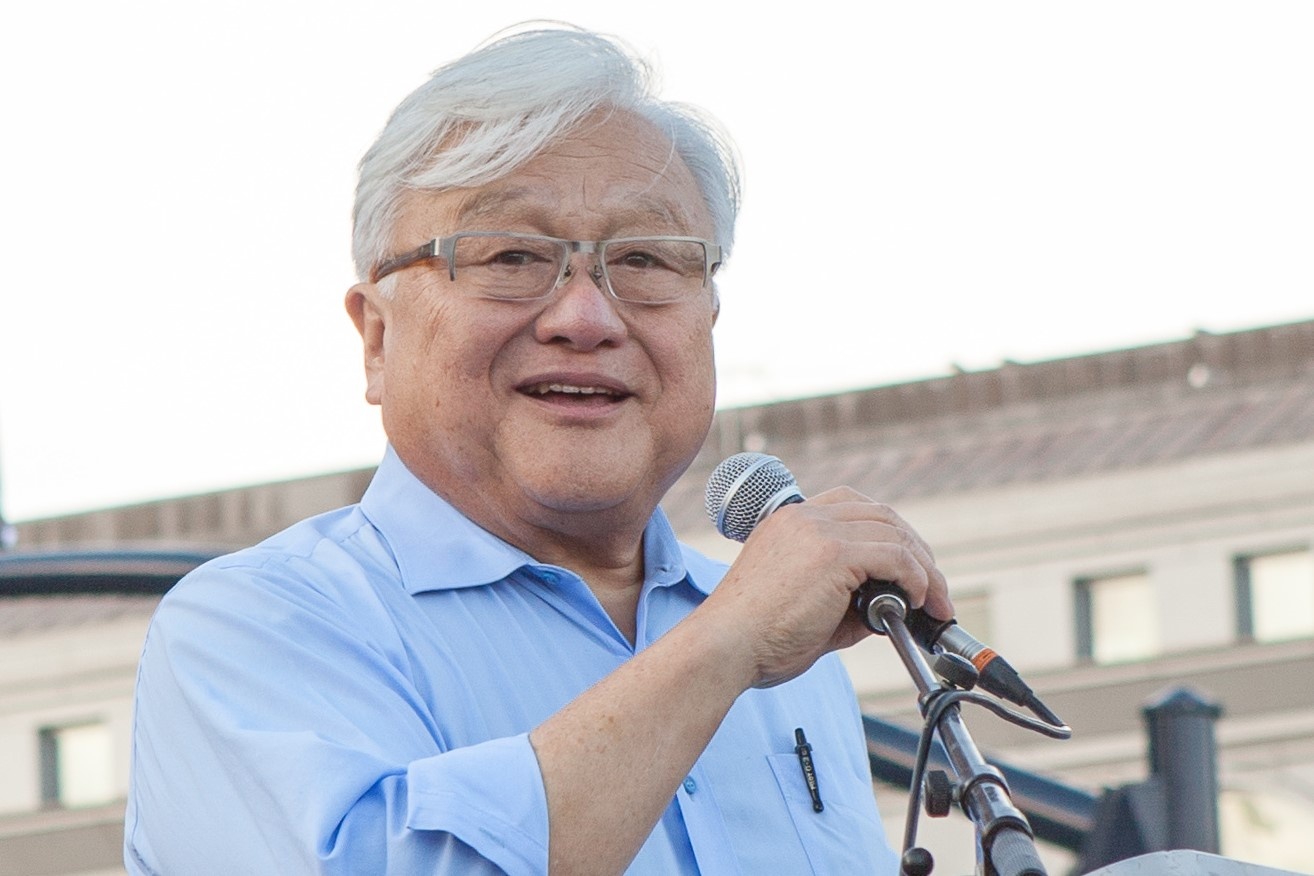 How did you get your start advocating for environmental causes and/or open space?

I remember being in LA as a high school student in 1959 and 1960. I recall walking home in the middle of the day after my shift as busboy; I could look up at the midday sun without sunglasses because of what I now know was air pollution.

As a college student at San Jose State in the early 1960’s, I enrolled in the very first ecology class that the university offered. I remember the professor telling us back then that, “In ten years, you won’t be able to see across this Valley.” He said that “smog, a polluting mixture of moisture and particulates,” would be obscuring our views because of the rapid growth of the city.

I remember saying, “No, that’s not possible,” but then I thought back to my time in LA. These things gave me the basis in science and terminology I needed to advocate for our environment, first as a Peace Corps member and science teacher, and later in our local and federal government.

The California Environmental Quality Act (CEQA) law passed in 1970, based on the growing understanding of these issues. I served on the City of San Jose Planning Commission, from 1971 to ‘79, I believe. I saw how quickly developers were buying farm land and turning it over.

How did you first get involved with what would become the Santa Clara Valley Open Space Authority? And what are some of your memories from that time?

I got involved during the initial campaigns to get this initiative on the ballot. When Rod Diridon left the Santa Clara County Board of Supervisors, I vowed to continue his legacy of creating open space whenever we could. We wanted to get a special district in place, a logical counterpart to Midpeninsula Regional Open Space District (Midpen) here in Santa Clara County.

It took 33 months of working together on this. We had to get the open space element in our general plan, make agreements around legal commitments, get buy in from property owners and county residents, etc. Lots of community advocates came together to do this work along with property owners who understood the importance of protecting this land. Lots of people say they support open space, but they won’t put the time in to get it done. These people, which included hikers, bikers, and equestrians did.

Eventually we got a plan for open space around the valley. Previously the Nature Conservancy, the State, all the different environmental groups used to get together to pool money. After the Open Space Authority was established, it was even better – it was a legitimate, voter-supported entity that had ability to do the work and negotiate with landowners. Between Midpen and the Open Space Authority we had a pretty good team!

If you go around the country you won’t see a valley quite like the one we have here in San Jose! But to protect that and the quality of life we have in the Santa Clara Valley, we have to protect our air, water, and address traffic congestion. Open space protection does all these things.

I participated in a lot of parks and open space projects over the years and they take a long time. The Martial Cottle Park project took over 20 years, but the result has been priceless. Seeing that flat land that is not under concrete and farmland not under asphalt - where else do you have 300 acres right in the Valley?  Walter Lester said, “I want my land to be a living legacy of farming in the Valley,” and we’ve seen it live up to his wishes.

I want to maintain the open space general plan amendment. I’d also like to expand greenbelt protections and finish the linear parks that were planned for our creeks and reservoirs - one running along Coyote Creek would run parallel to the valley floor and have trails that crisscross the Valley. The trails could hook up with the Bay Trail and the Ridge Trail.

I also want to protect our last remaining waterways. The Valley used to have 8 to 10 viable year-round creeks because we had redwood forests. Now that they have been cut down, we don’t have the forest’s condensation to keep creeks running year-round. They only depend on rainfall now. Our water is finite.

And I am happy to see that Mt. Umunhum, the fourth highest peak in California, has been protected after all these years of hard work.  As a member of Congress, I insured that millions of dollars were allocated to the preservation and environmental remediation of the site so that it could be enjoyed by future generations.  Midpeninsula Regional Open Space District continues its work to protect and improve this important historical and Native American treasure.

When I was younger I used to run the trails, especially the ones behind the Middle School in Almaden Valley and the trails near the Quicksilver mines.

Today I like to go fishing – I go to Aptos or Castroville. I love the ocean and how it connects surf to land and our environment. Now that I’m retired, I also am enjoying raising chickens – I get fresh eggs, manure for compost. I also built a greenhouse in back. Vegetable gardening connects me with our Valley’s heritage. The Asian and Italians that came to our region all had farming backgrounds. And my home-grown tomatoes and eggplant just taste better!

Start early with the kids in your life - take them camping and teach them about science and the outdoors. Let them get their hands dirty to stay connected to nature. This is the way we grow them into good stewards of our land and help gain awareness of our carbon footprint. These were things Native Americans knew, but we need to work a bit harder to pass on that knowledge.