A Raptor You Should Recognize 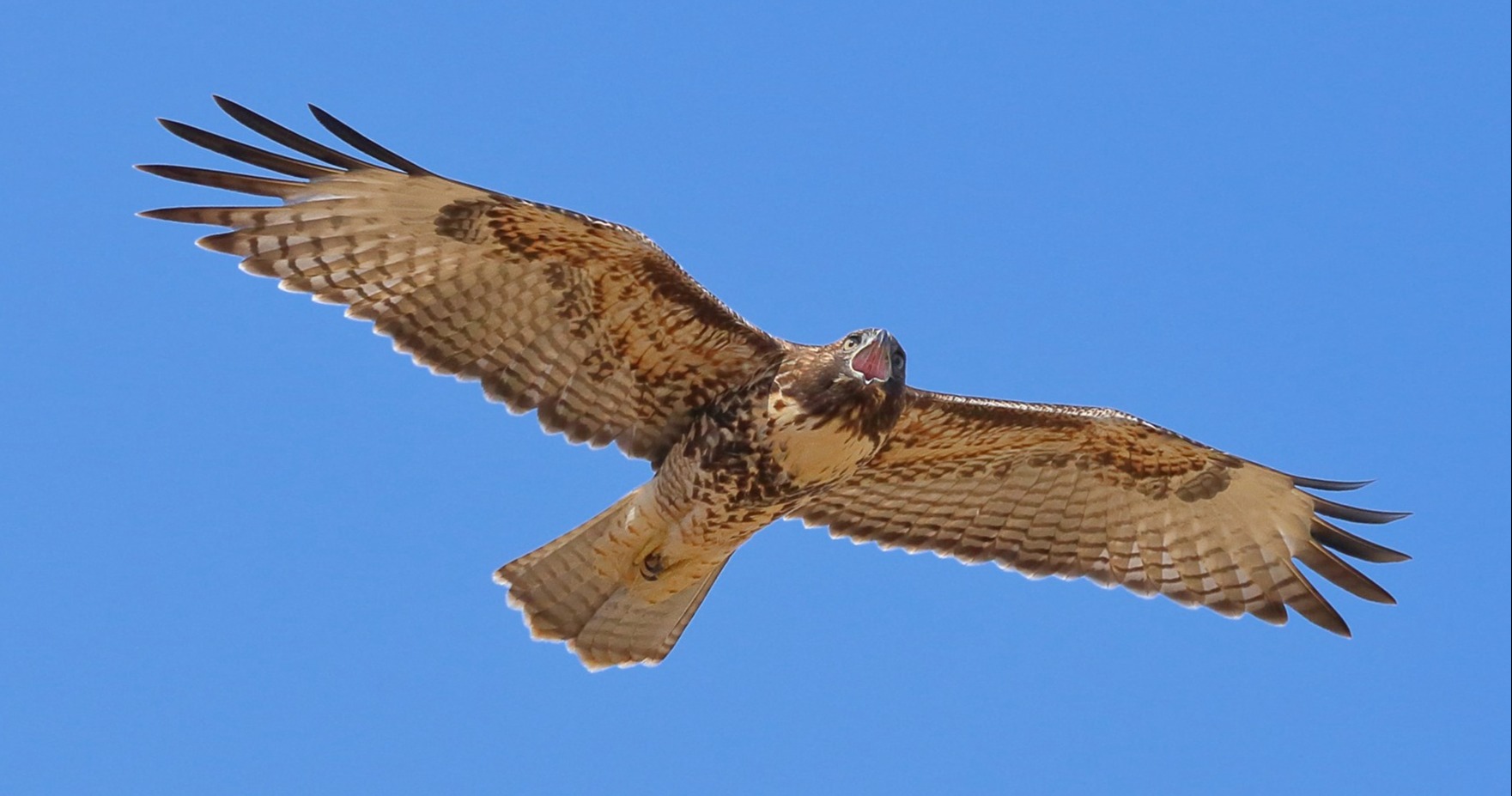 We’ve all seen it – a show or movie or video featuring the majestic bald eagle and its patriotic cry. What may surprise you, however, is that the high-pitched vocalization used most in these clips is not from the bald eagle at all, but from the red-tailed hawk.

Red-tailed hawks (Buteo jamaicensis) are one to two feet tall and have a wingspan of roughly four feet, and females are usually larger than males. Typically reddish-brown, these raptors are one of the most recognizable – and most common – birds soaring throughout the South Bay. One of the most populous birds throughout the country, red-tailed hawks are found throughout urban and open spaces of the Santa Clara Valley. 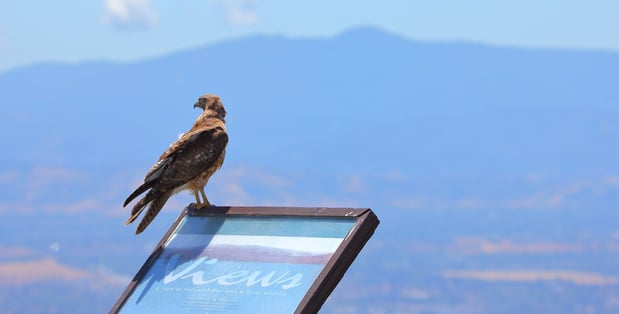 Their ideal habitat includes high-perches and open areas, making them incredibly resilient and adaptable to neighborhood and business development, and allowing them to expand their boundaries across the United States.

Fun fact: Red-tailed hawks almost always mate-for-life, a monogamous habit found in less than 5% of animals in the animal kingdom. 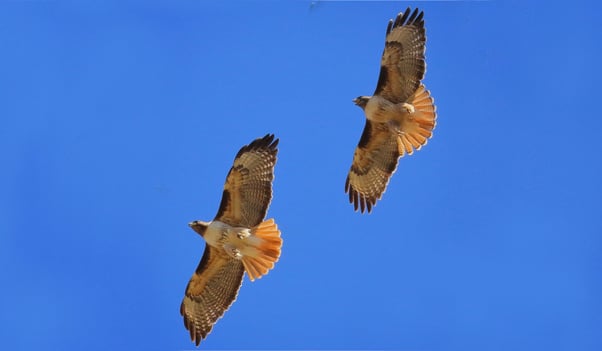 If you see one of these hawks flying around with sticks in their mouths, they’re probably nesting! Throughout the winter, these intelligent birds search for their mate (if they’re not already pair bonded, or have found their long-term mate) and then build their breeding nests, typically made of various sticks and twigs and located in a tall tree, away from predators on the ground. Please note: if you ever see a nest, do not disturb it, as it could endanger these birds and their offspring.

After a few months of establishing their nests, which typically are a diameter of around three feet, they get ready to have their first nest, or clutch, of babies! They hatch three to five eggs, and roughly two or three survive to grow up. In May and June, the hatchlings begin to pop-up, and will then grow over the next 49 days until they’re strong enough to leave the nest and survive on their own. So you may spot a few adolescents roaming about on your next local hike!

And when it comes to survival, “these birds are generalists,” says David Mauk, Natural Resource Technician at the Authority. They take big areas, and hunt by riding high in the sky and loitering until they find prey, usually small mammals, birds, and reptiles. Once they find their target, they gradually lower down until they are low enough to strike.

Those who keep chickens in their yards may find them to be a nuisance, as red-tailed hawks will prey on free-roaming hens. But there are safe ways to deter these birds of prey without causing harm, like keeping chickens in a roofed, fenced area, or putting out decoys (fake owls or hawks) to frighten them off. 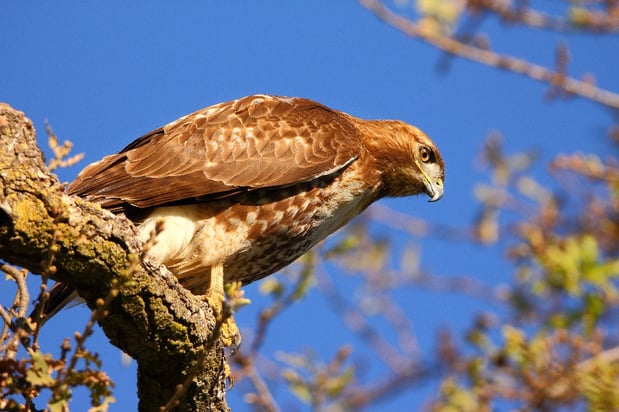 Fun Fact: Their eyesight is eight times better than humans -- they can spot a mouse on the ground from 100 feet in the air!

Their eating habits, like that of many birds of prey, provide the areas they live in with valuable population control of smaller animals. When population counts for species (like rodents) get too high, it can disrupt and deplete local ecosystems, making these raptors important regulators in their environments.

And on top of it all, their broad wings and red tails look so majestic! 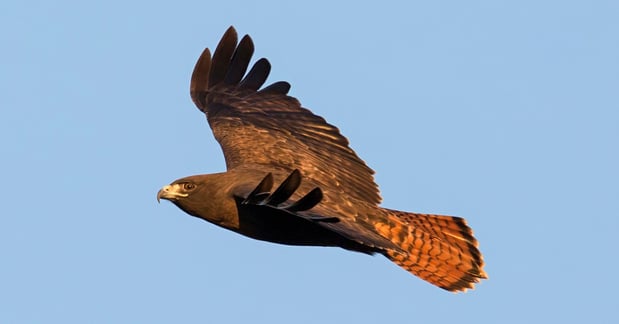 While all animals are at risk for natural threats like disease and predation, birds of prey are most threatened by human activities, including habitat fragmentation and degradation, automobile collisions, rodenticide poisoning, and interference with nesting activities. If you ever find an injured raptor, call the Wildlife Education and Rehabilitation Center.

Red-tailed hawks are just one of the many species of birds found in Open Space Authority-managed preserves and the Santa Clara Valley. To learn about other interesting critters, check out our website.