Quail on the Trail 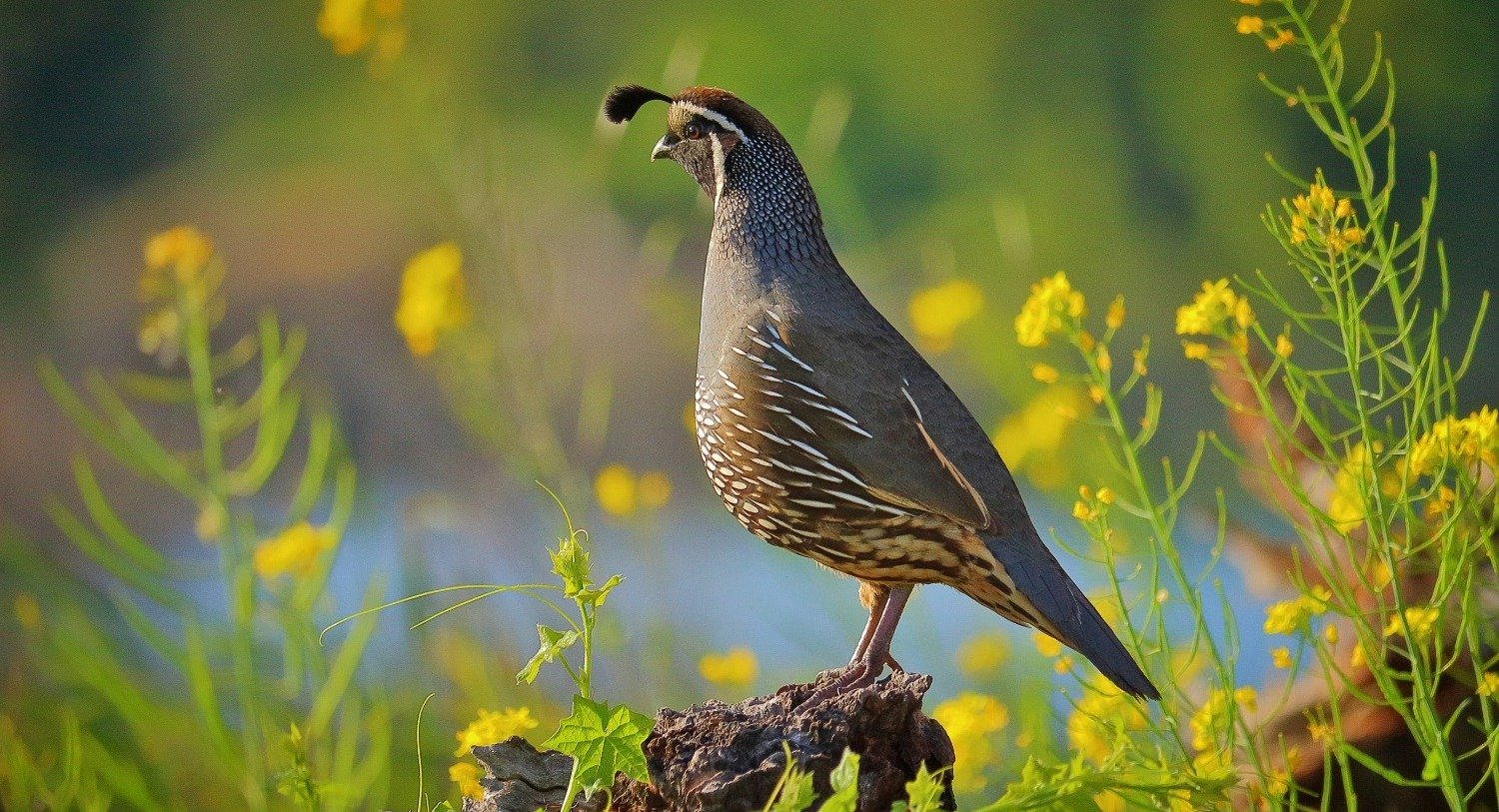 As human kiddos are returning to school, quail babies (or chicks) are getting ready to leave the nest. Keep reading to learn more about California's official state bird found here in the Santa Clara Valley.

Identifying California quail is relatively easy. These birds have a characteristic plume at the top of their head (black for males and brown for females). Adult males are rich gray and brown, with a black face outlined with bold white stripes, and females are a plainer brown and lack the facial markings. These charismatic birds prefer to stay close to the ground, hopping around bushes. When startled they can run up to 12 miles per hour, and may fly into nearby trees or shrubs - and typically stay below shoulder height. 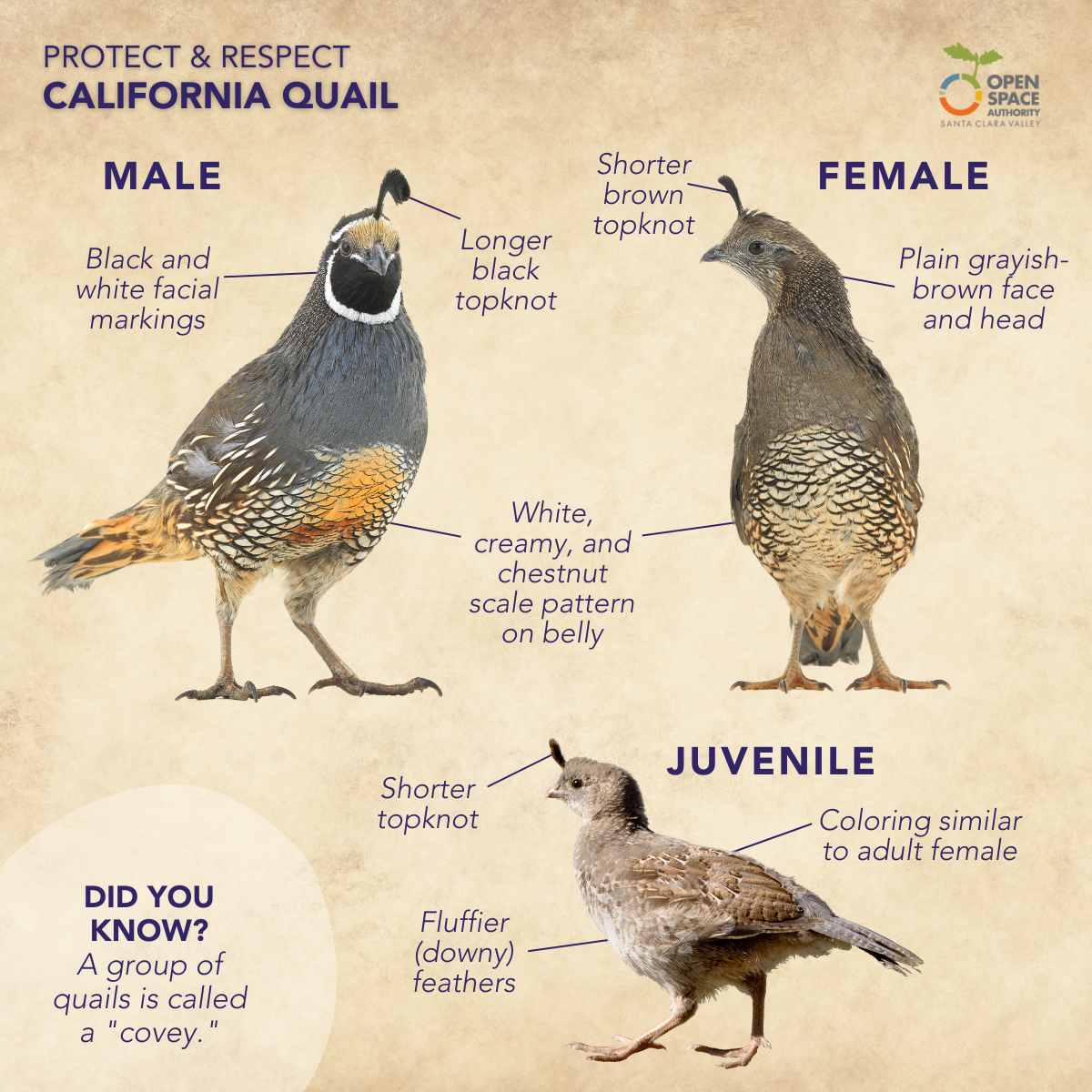 Quail mating rituals begin in the spring, and by early summer their nests are built and full of eggs. Female quail, known as hens, lay around 12 eggs, which is known as a clutch. By late summer, juvenile chicks are almost big enough to fly. It takes about six weeks for quail chicks to grow to full size which is about five to seven ounces - the size of a grapefruit.

Once quail chicks leave the nest, they head for semi-open woodlands, grasslands, and the ecotones (or regions of transition between two biological communities) in between. They like shrubby areas and typically nest in shallow holes in the ground. 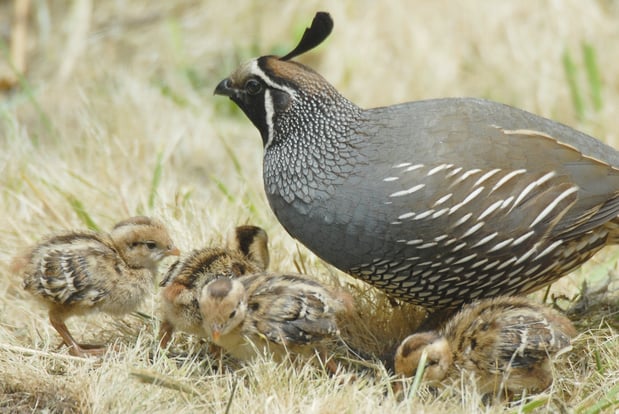 And these are family birds through and through – once they hatch, they form a family group with multiple adults leading a breed of the fluffy quail chicks (it takes a village!). They raise their young in groups known as coveys and one bird stays on duty to protect the rest of the group. You can often find an adult male, known as cocks, on watch for the rest of the family in a bush.

During mating season, however, coveys will break apart and birds (often members of the same covey) will form pair bonds, meaning they pick the same mate in the following years. Once it’s time to nest, coveys form again.

Fun fact: Males are not always genetically fathers of the chicks they protect. 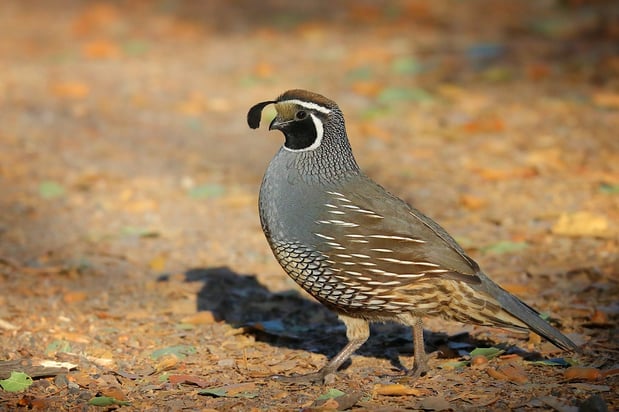 Thanks to their messy eating habits, quail provide restorative benefits to their ecosystems. As primarily herbivores, quail eat seeds, leaves, berries, and insects, and as they poop, they help spread seeds and expand the growth of plant life. Quail also provide an important food source for larger wildlife, like bobcats, within the food chain of their ecosystems.

Though quail are currently listed as a species of "least concern" through the International Union for Conservation of Nature (IUCN), their populations were not always so secure. Quail populations have fluctuated dramatically over the years due to rapid development and overhunting. In the early 1900s, they were populous in San Francisco, but the population has since dwindled to extirpation with one known left in the city. 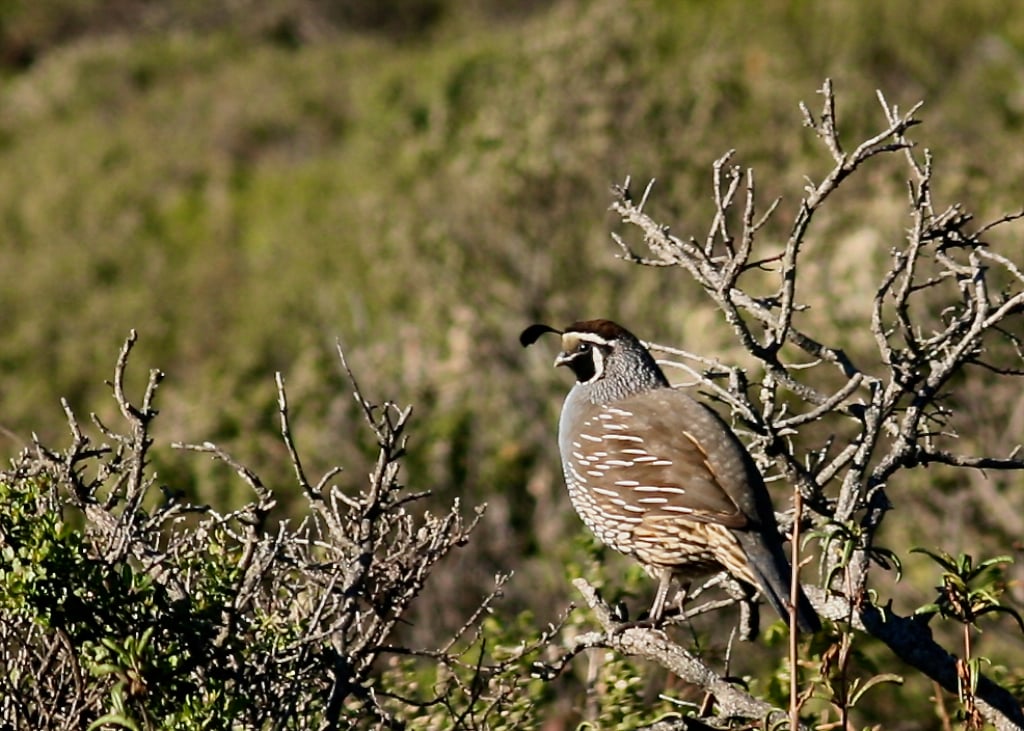 Habitat segmentation is a growing threat for many local wildlife species, including quail. Urban environments are not ideal for these critters, as they are very shy and have specific habitat needs, thus highlighting the importance of green corridors that connect small pockets of habitat for wildlife to more easily navigate through. As rapid development continues, local wildlife will continue to pay the price. To protect this species, and many others, the Open Space Authority is proudly working to protect and restore healthy habitats for local wildlife species.