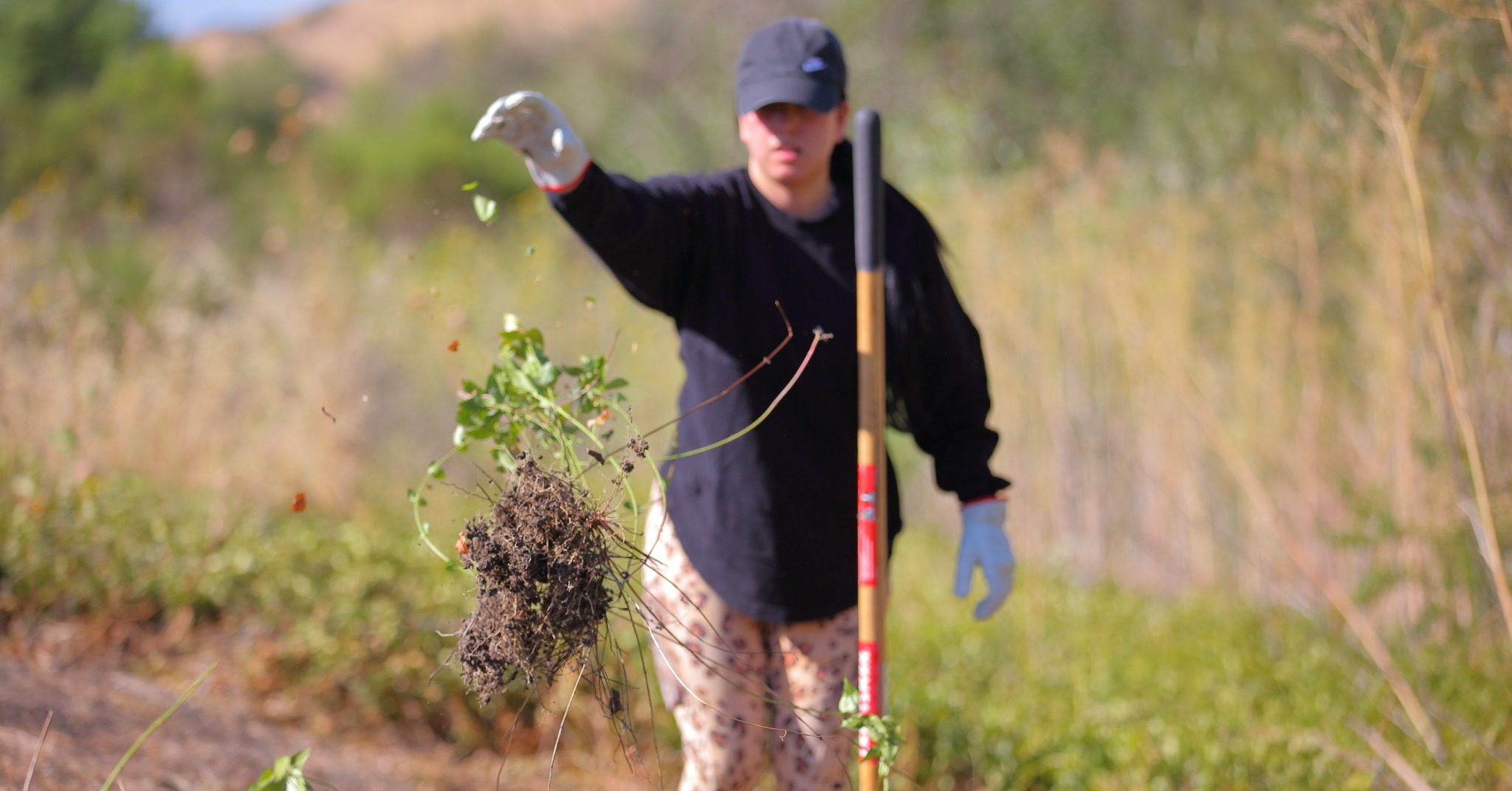 When it comes to invasive species, the best time to address the problem is as soon as you realize you have one. Invasive plants can quickly start outcompeting native species and spread to unmanageable levels, which has harmful effects on native wildlife populations. By addressing invasive plants when populations remain small, the Open Space Authority can improve the likelihood of successfully eradicating unwanted plants and using cost-effective treatments. To address these undesirable plant species at their initial stages of invasion, the Open Space Authority launched a pilot program for Early Detection and Rapid Response (EDRR) in 2022, starting a process that will occur in yearly cycle.

The pilot program offers the opportunity to test program elements by creating a targeted invasive species list, an approach to surveying the geography of the open spaces managed by the agency, as well as data collection and management strategies. Together, these core elements comprise an early detection protocol, which will guide staff in the implementation of the program over time. The pilot season also allows staff to test different methods and make revisions based on what was discovered before a larger program is developed. 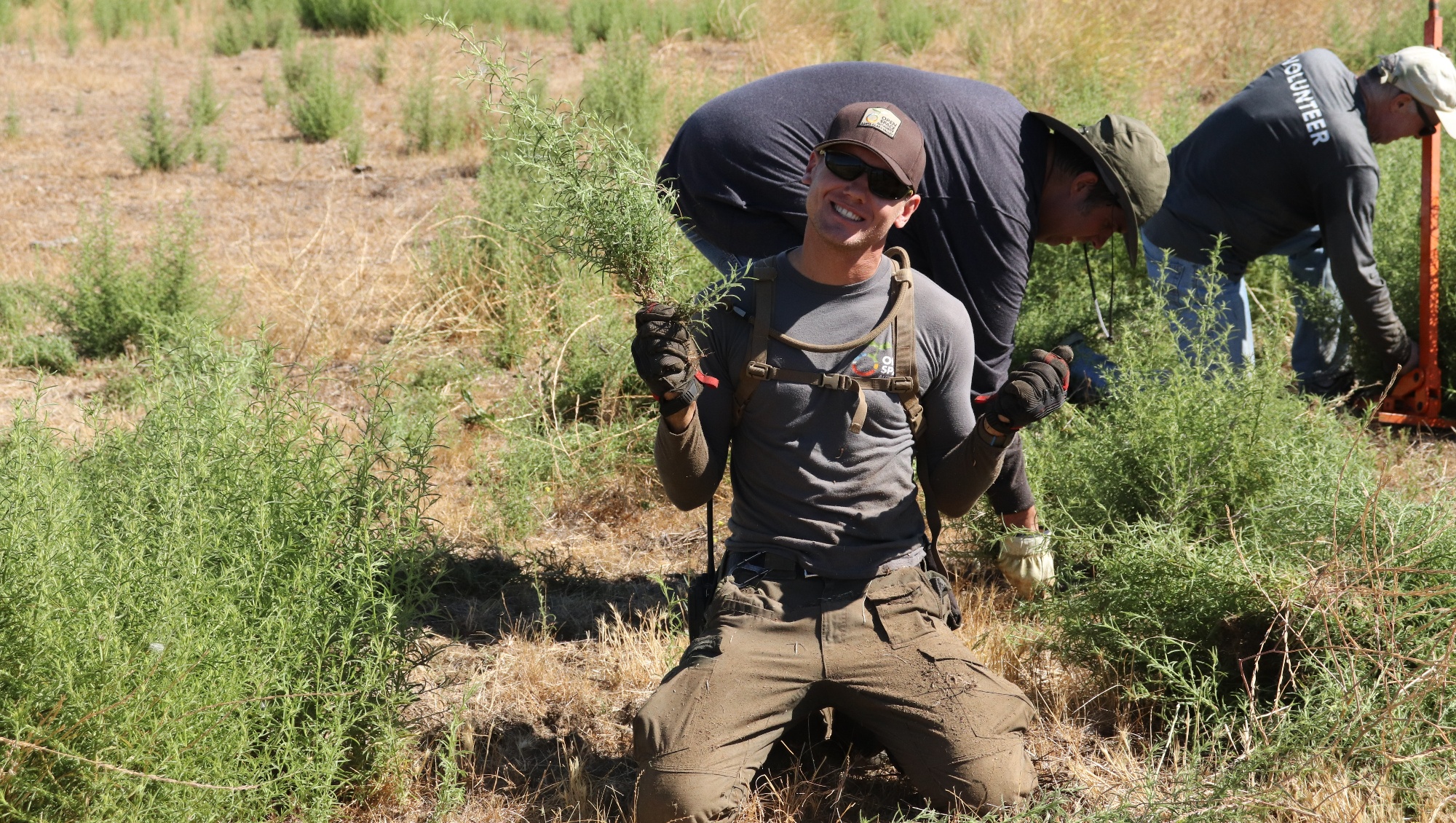 David Mauk, the Open Space Authority's Natural Resource Technician, is leading these efforts with the help of the agency's field staff, and Conservation Management Specialist, Rachel Kesel from One Tam. “We know that we need to act more proactively and be light on our feet when it comes to invasive and nonnative species, especially ones that are recognized as serious threats to surrounding vegetation,” Mauk notes.

Problems arise when these plants start to monopolize habitat and displace other species – that's when they become invasive. This can have cascading effects for plant species and wildlife depending on them, hence the importance of being proactive in working to limit them. 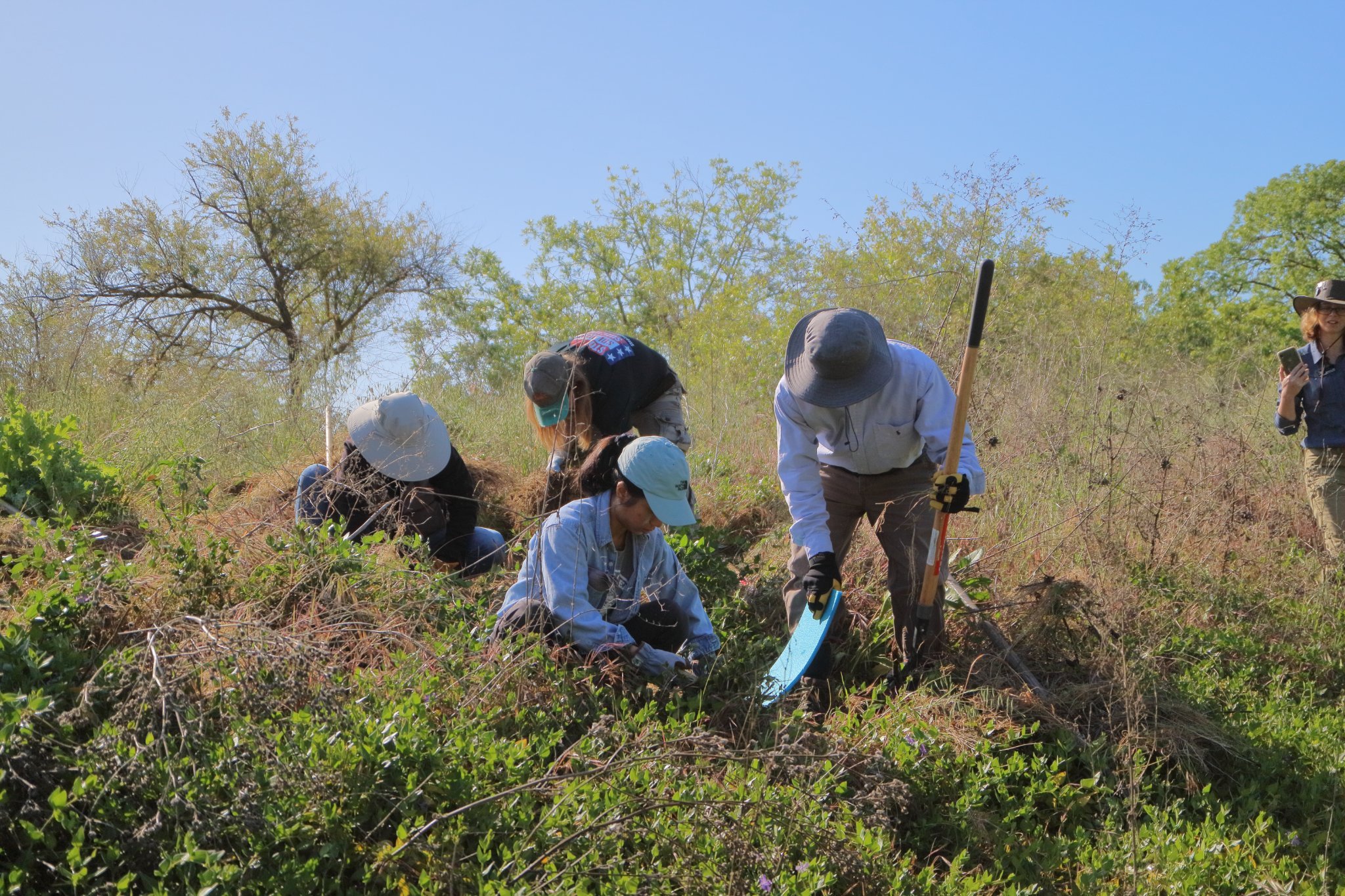 Currently, the pilot EDRR list includes approximately 18 top priority (or priority one) species that are new to the region or under surveillance for introduction to the area. These species are true early detection targets which will likely be eradication targets, if found during on the ground surveys. Some may prove more common than anticipated, in which case control or containment efforts can be considered.

As for the focal points of the program, Mauk is focusing on places of the highest risk -- preserves open to the public, conservation areas with extensive road systems, regions with high natural resource value/critical habitat, and areas with lots of Open Space Authority activity.

EDRR programs like the one the Open Space Authority is piloting are growing throughout the region and statewide. By participating in this larger movement, the Open Space Authority can incorporate regionally important species targets and share data through the Calflora Database. When local agencies align species lists in this way, the targets become regional, which improves the likelihood of coordinated control and eradication efforts. 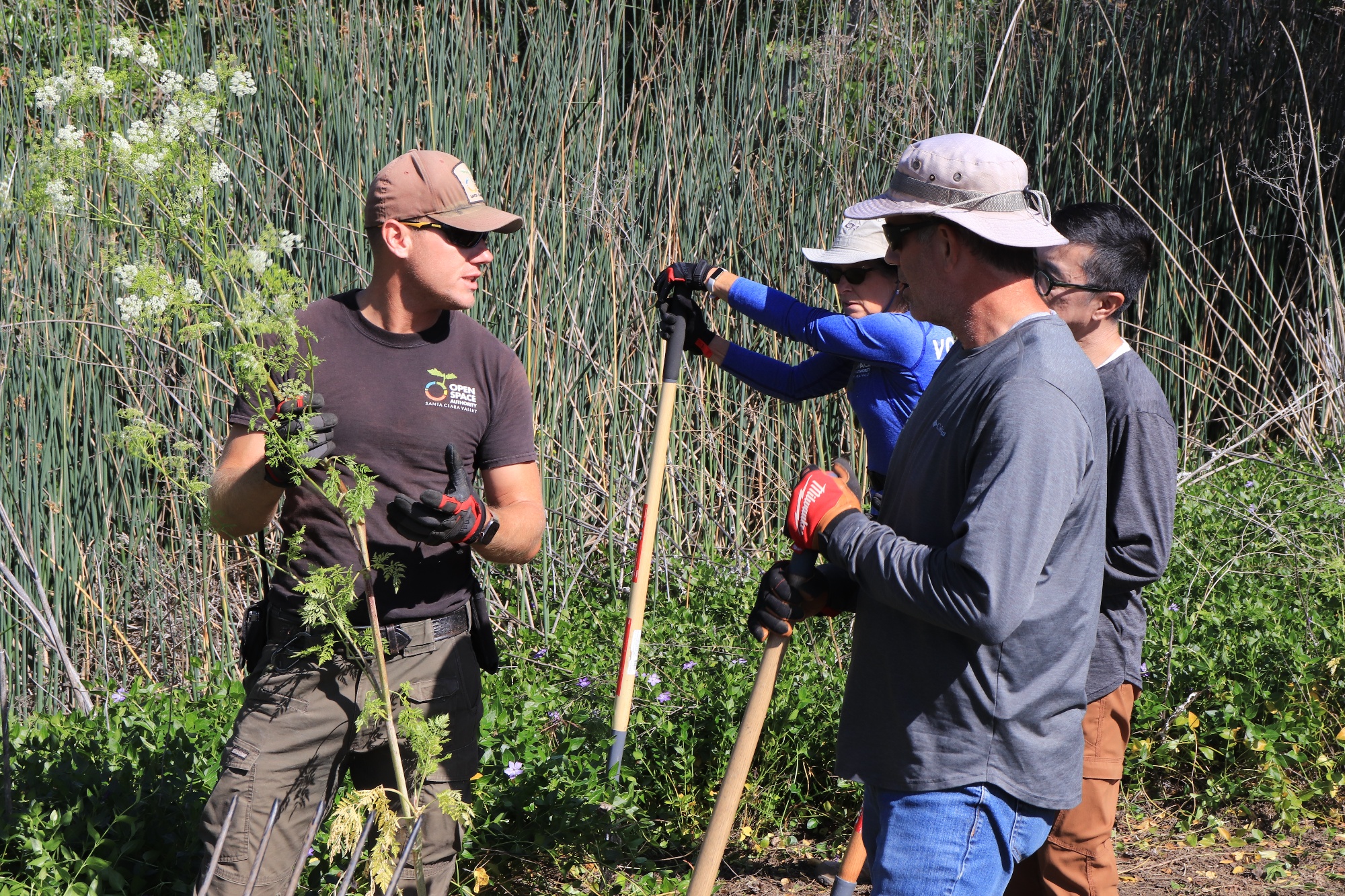 While the Open Space Authority has only wrapped up the pilot year of the program, the agency is already seeing success. Field Technician, Vanessa Roy, spotted smilo grass at Santa Teresa foothills, only the second time it was ever identified on Authority-managed lands. She treated it onsite by hand, preventing further infestation.

Mauk found a "priority 2" species at critical riparian habitat – the highly invasive and water hungry tamarisk tree -- and mobilized efforts for its removal before it could spread and outcompete native plants. 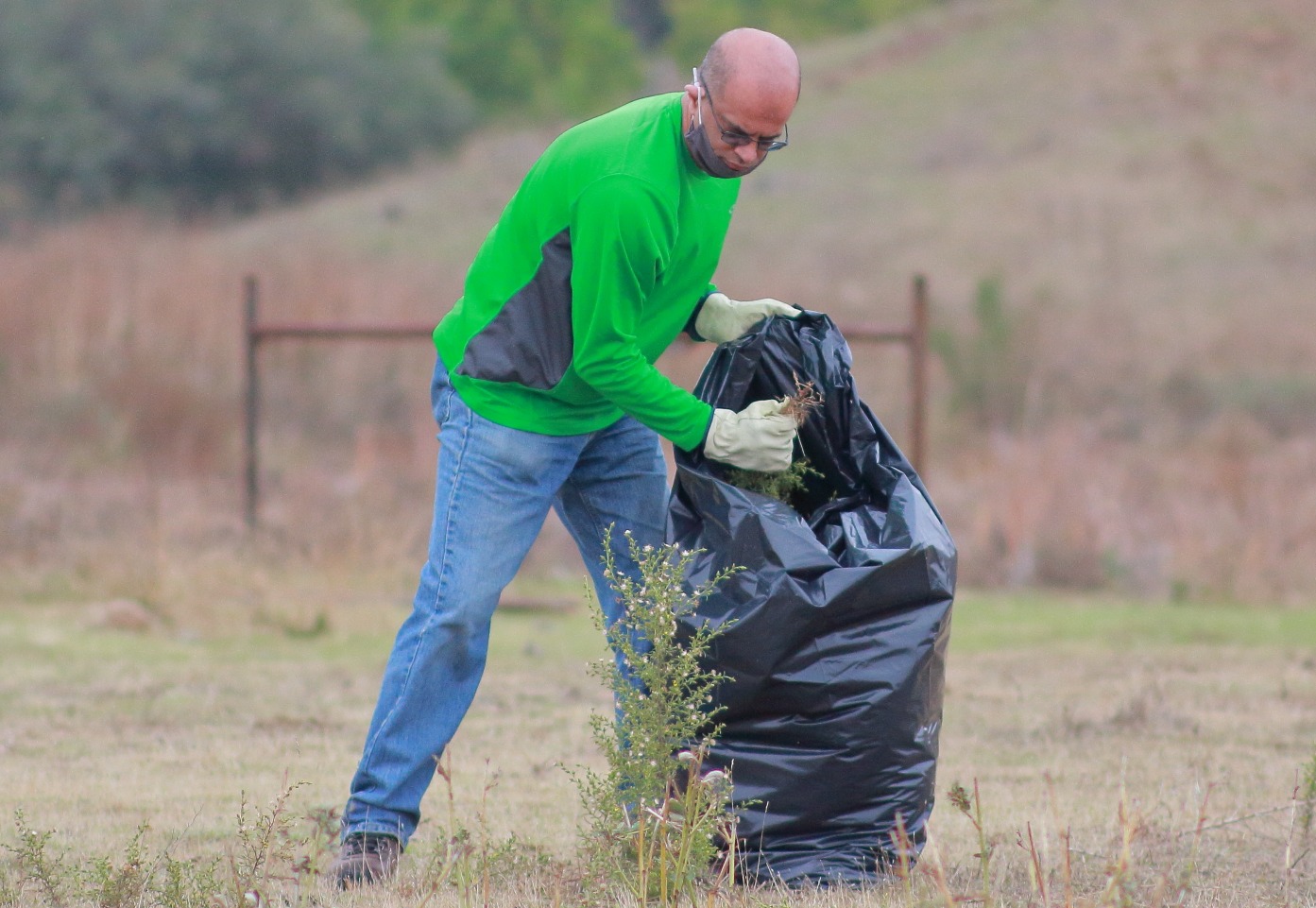 It’s important to note that EDRR species lists are “living documents,” to be reviewed and modified over time based on results and changing conditions. Staff are trained to look for new weeds, and to notice novel plants that appear over time. In doing so, this often leads trained staff to detect unknown species, which may or may not be important weeds to track and manage through eradication efforts.

Targeted plant species for the Open Space Authority were developed using several tools and lists such as Cal WeedMapper, which is maintained by the California Invasive Plant Council (Cal IPC). Cal IPC produces a list of potential surveillance and eradication targets based on the Weed Management Area of a given location. It draws on data from the Calflora Database, the California Consortium of Herbaria, and iNaturalist.

To learn more about conservation efforts at the Open Space Authority, click here.